Players that reach the Final Table in a poker tournament can now make a deal and distribute the remaining prize pool according to ICM* instead of the tournament’s predetermined prize pool distribution.

When reaching the Final Table, players will be displayed with a “Discuss a Deal” checkbox. Checking this box will place a deal indicator icon on the player’s plate. 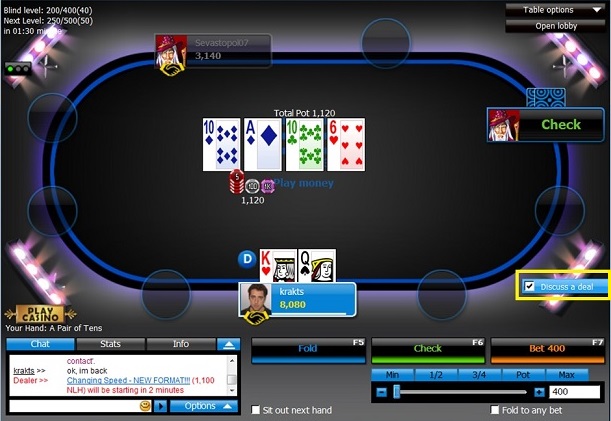 If all participating players check this box, tournament play will be paused and a deal screen will be displayed with the proposed ICM prize pool distribution: 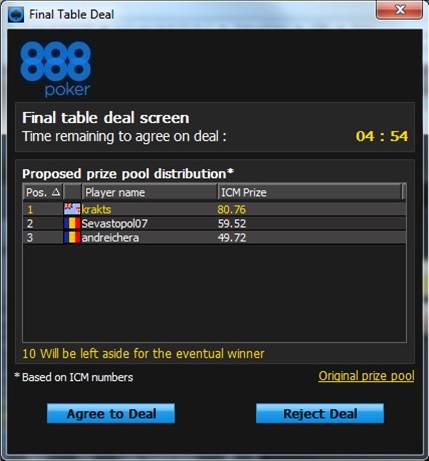 Players will be allocated time to either accept the suggested distribution or decline. If one of the players declines the deal – tournament play will resume. If all players accept the deal, the prize pool will be distributed according to the deal.

* ICM (Independent Chip Model) - A Mathematical model used to calculate to each player’s probable payout according to their stack size and tournament prize pool distribution table.