If you've ever been sky-diving and got that heart-in-your-mouth feeling, you'll know what it's like to play Omaha Hi (Pot Limit Omaha/PLO)! This game has big pots, big hands at showdown and even bigger draws. Sammy Farha's famous quote, "Let's gamble…", sums up this poker genre quite nicely.

But before you pick up your roll and dump it on the nearest open table at 888poker, you should get familiar with the rules and some Omaha poker strategy. Making hands is all well and good, but winning with those hands is a completely different kettle of fish.

Firstly, in Omaha poker each player gets 4 starting cards. If you think that makes for a game with bigger swings, you've hit the nail on the head. This fact also means that the average winning hand in Omaha is much stronger than in Hold'em.

Here's why: Each hand is made up of 6 two-card hand combinations instead of only one as in Hold’em. It's easier to see this if we give each card a letter. There are A-B, A-C, A-D, B-C, B-D and C-D combinations with 4 hole cards on Omaha. With 2 starting cards, in Hold'em, the combination is just A-B.

The number of hand combinations is is also a big reason why getting down to the nuts and bolts strategy of the game is so important. The way hands are put together can get mind-boggling. The following Pot-Limit Omaha Poker Tips are designed to make things clearer and give you the right tools to enjoying the game while taking down pots.

One of the biggest leaks in a Pot Limit Omaha player's game is overvaluing starting hands – especially hands like K-K-x-x. Big pocket pairs in Omaha-Hi are a lot weaker than in Hold'em. On the Hold'em list of best starting hands, Pocket Kings rank second.

Have a quick look at the list below of best hands in PLO and you might be in for a big surprise. Yep, the Cowboys rank a mere eighth – and they're double-suited with Q-Q kickers.

In truth, Omaha is a drawing game and a lone pair of Aces just won't cut it...

Take a look at this Top Ten list of Best Starting Hands:

Now many PLO diehard fans can't fold Aces under any circumstances. They'll pretty much play them from any position – and to the river, regardless of the consequences. However, not all Aces are created equal. Yes, Aces are a big hand in most forms of poker, including Omaha. But you should look for Aces that pair those bullets with cards that can make straights or flushes. That way, if you don't hit a set, you can still draw to a winning hand.

Keep in mind that, more than likely, your opponents will be drawing. So, if you find yourself in a multi-way pot on a board that reads, 10s-9d-6h-4c and all you have are Aces, you might consider folding.

The golden rule for drawing in PLO is the more opponents in a hand, the more you should be drawing to the absolute nuts.

In Hold’em you get two basic draws, flushes and straights. In Omaha you have the same draws but, because each player gets 4 cards to choose from, the number of flushes and straights runs rampant. You can throw the standard 9-out flush draws and 8-out straight draws out the window.

Say, for example, you have a starting hand like 9s-8d-7s-6d. The flop comes down 5d-3d-6h. In Hold'em, if you had a hand like 8d-7d, you'd have 8 outs to make your straight and another 7 (not included in the straight outs) to make the flush. That makes for a total of 15 drawing outs.

In PLO, you have any 4,7,8 or 9 to make the straight. Your straight outs are; 4 x Fours, 3 x Sevens, 3 x Eights and 3 x Nines, totalling 13 altogether. You also have another 6 cards (not included in the straight outs) to make the flush. That gives you a grand total of 19 drawing outs!

Now, this is where it can get a little dicey. In multi-way pots, your flush is more than likely dead. Someone has the better draw. Also, if a 7 turns and then an 8 falls on the river, your straight could be beat by a better hand. In this case, 10-9.

However, this drawing hand is pretty strong, once you've made the straight. You just have to be wary of bigger flush draws and cards than can counterfeit a made straight.

As you've already seen, drawing hands in PLO rule the game. In fact, it's practically complete domination! Special draws, called “wraps” are what Omaha-Hi players live (and die!) for.

So what exactly are “wrap hands”?

Let's look at an example. A starting hand like 10-9-6-5 on a flop, 8-7-3 rainbow has a lot more outs than the common Hold'em straight draw. There are, in fact, 20 cards that can make this player one happy camper!

So a wrap simply means that a player has a straight that is “wrapped around” at both ends. Many wrap hands have fewer outs than our previous example. However, they can still be very strong, especially when up against a single pair, or even a two pair.

Below are some sample starting wrap hands and their possible number of outs.

Bear in mind, that when a flush draw is possible, you need to be wary drawing to straights. In multi-way pots on a flushed board, there will be someone in the hand with that draw.

Also, drawing to the top-end of a straight is best. You need to be very careful when playing small wrap draw hands like 5-6-7-8. A turned 7-high nut-straight could quickly evaporate on the river if a 9 or 10 falls.

Ever had your Aces cracked in a No Limit Hold'em game? Well, get prepared to have them cracked routinely in PLO. Pocket Pairs, even Aces and Kings, are often reduced to dust in Omaha. With 4 starting cards and the multiple straight and flush draw combinations they allow for, there are so many ways Big Pairs can get beat.

However, there are ways to play your Big Pockets and win. Firstly, you need to start with premium big cards. Your Aces should be double-suited (for nut-flush draws) and/ or paired with other big cards (like K-Q-J-10 for Broadway draws). These kickers will serve as a back-up, if you don't flop a set or the big full.

When all is said and done, PLO is a game of draws. If your premium Big Pairs don't flop a draw, you should probably fold, check-fold or run for the door...

5. Using Your Position in PLO

When playing PLO, you can use your position in 2 key ways, to build a pot and to control a pot. By mastering both skills, you'll be able to build up your bankroll while controlling the swings. 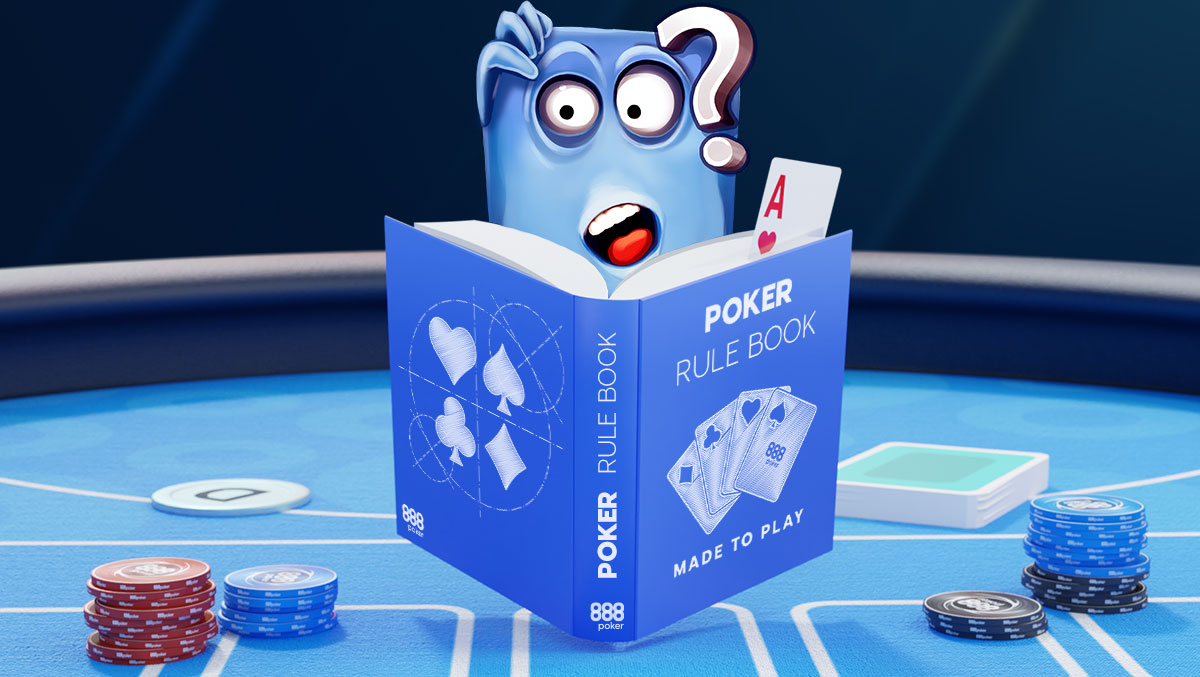 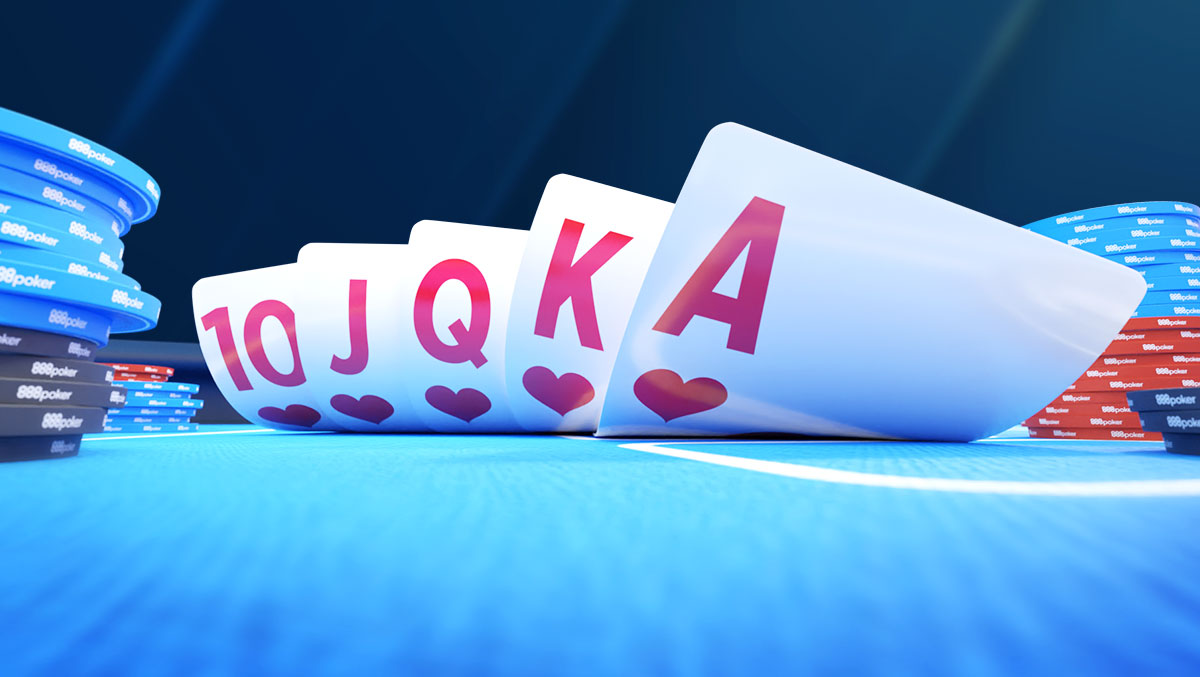 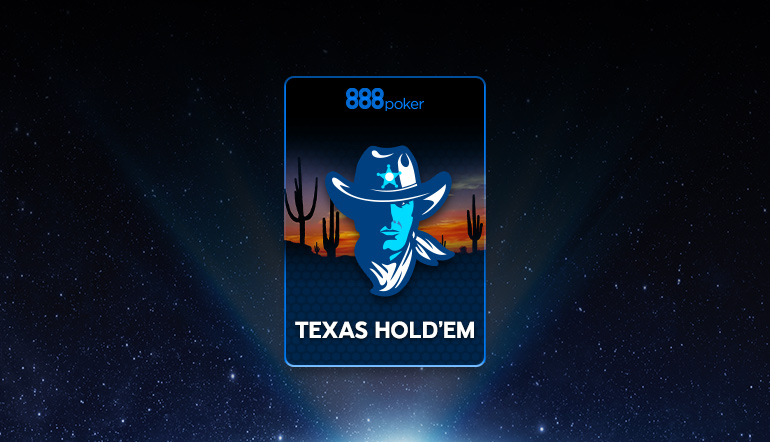 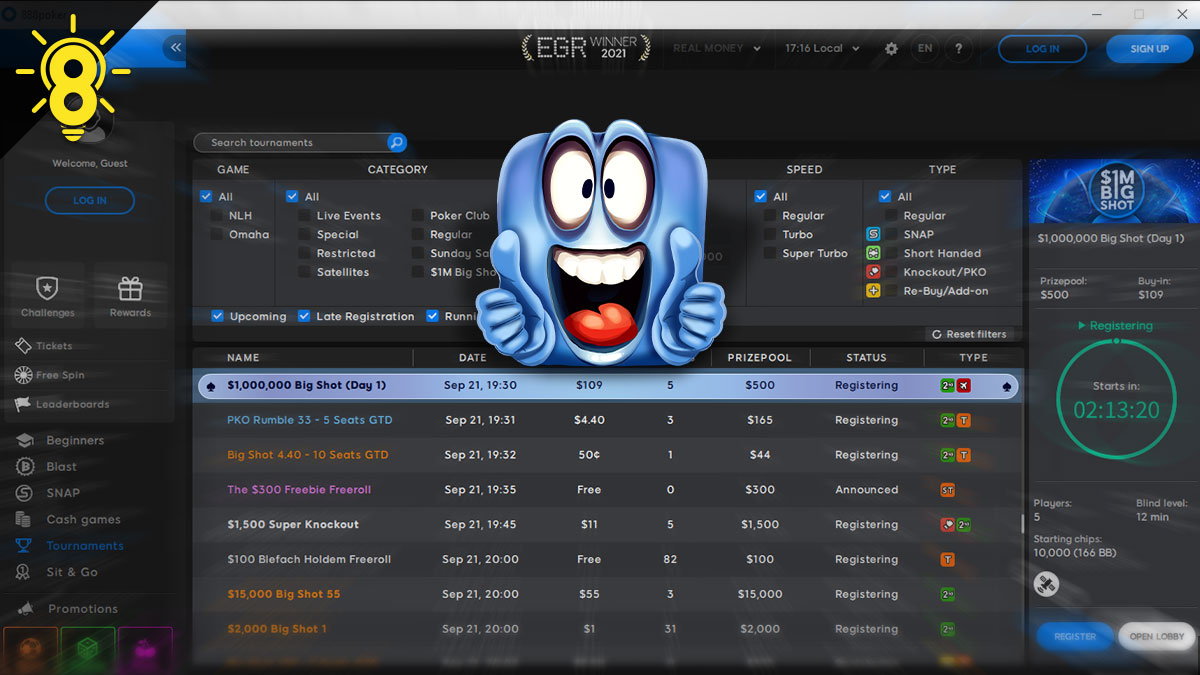 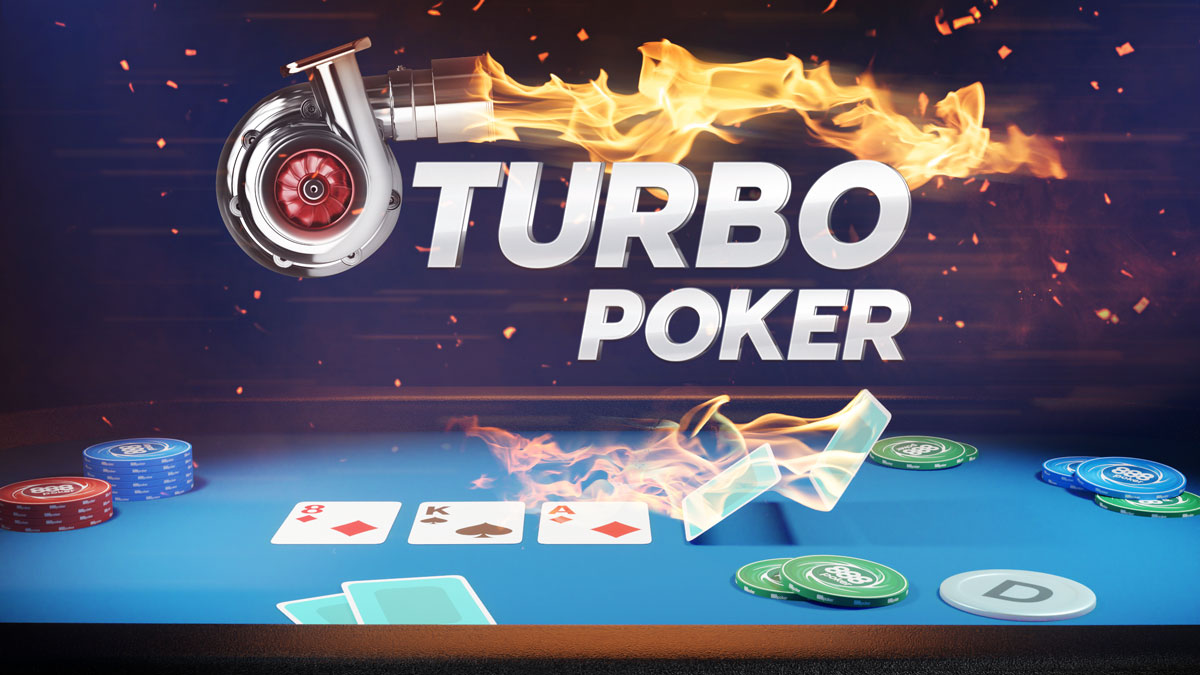 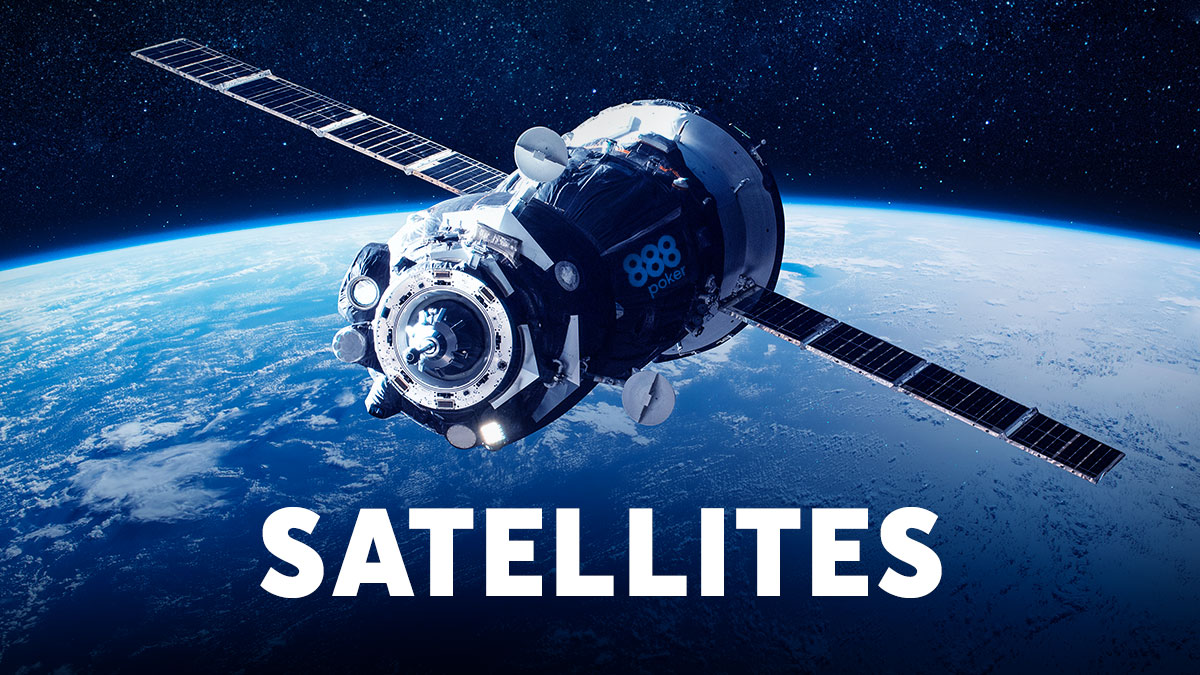 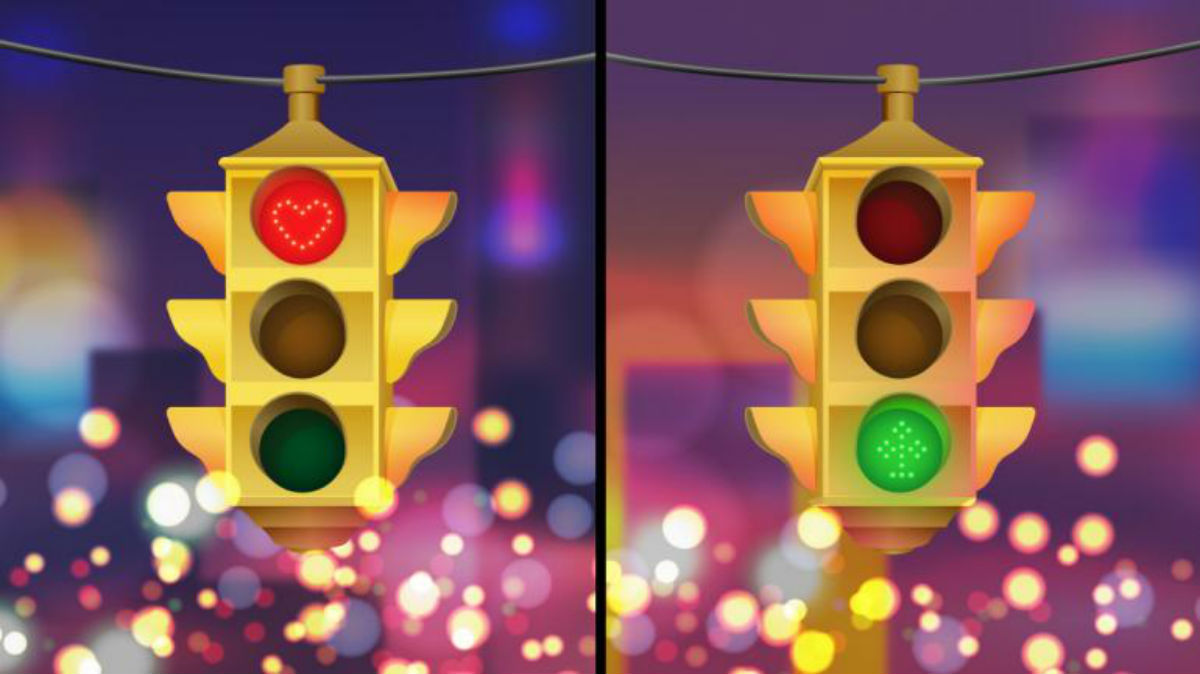