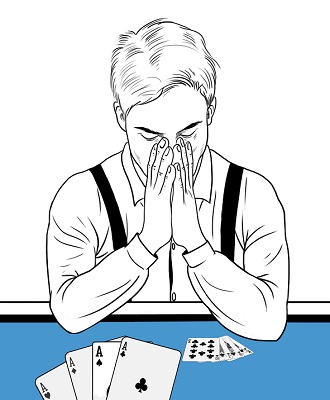 Nobody starts playing poker wanting to lose, but soon you realize it’s inevitable. Of all the poker strategy skill games, I have yet to discover one where players who have a significant edge over their regular competition lose as frequently as they do in poker.This is especially true in live tournaments where it’s feasible for an elite player to never win a major event because there are simply not enough of them.

Hating to lose is not unique to poker and very competitive people tend to be the ones who handle it the worst. There are many reasons why players struggle with losing despite it being a natural part of the game. They’re playing for more than just the payouts or the money on the table, they’re playing for what that money means to them personally. Losing money means they lose confidence, pride, motivation, security, time, fun and freedom.Some players hate losing because they assume that means they made a mistake, and they hate making mistakes. To others, losing in poker sparks an uncontrolled and irrational outlook that they’ll keep losing and never win again. You might hate losing when it happens against a tough regular because it feels like you’re getting owned.

In the poker video below, I show you how and why you should take your beats on the chin.

Like a lot of things in poker, there’s a range when it comes to how much losing a player can handle. Most players do not expect to win every hand (although some do). Despite knowing that it’s logically impossible, deep down some players expect to win every session. More experienced players can tolerate bad weeks or months, but everyone has their limit and they often react to losing by: 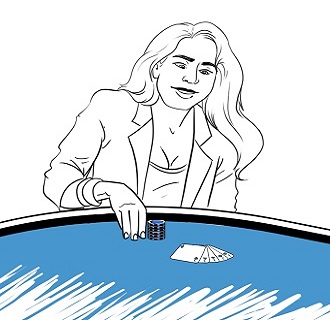 To be a great poker player you must become a great loser. To be a great loser you need to know where you played well, irrespective of results and without being delusional.It’s a fine line to balance and getting it right is a challenge, but the goal is simple: minimize the effect that losses have on your play and volume.

Losing Sucks but it’s How You Lose that Really Matters 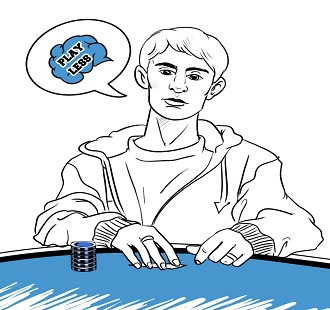 I imagine some of you have jumped to the conclusion that I’m trying to get you to feel good about losing. That’s not what I want. What I care most about is how you play, how often you play and how accurately you improve, because that’s what you have control of in the short-term. Winning in the short-term isn’t entirely in your hands. If you assume that I want you to accept poker losing streak and feel good about it, you’re making an excuse not to improve.The reality is that for some of you, the suggestions I give later in the chapter won’t change how losing feels, and it will remain brutal. But if I can help you delay that reaction so it doesn’t affect your decision making while you’re playing, and if you wake up the next day still looking forward to play,it doesn’t really matter how bad losing feels. Sure, you’d rather it not hurt so you go on with your day like some players can do, but not everyone can get there.For some, the pain of losing is the price they pay for how much they want to win. Their goal will never be to feel good about losing; their best hope is simply for it to hurt less.

A New Way to Measure Skill

Imagine being given a super power that allows you to remove variance from results. It’s not one they’d ever make a movie about, but as a poker player it would be pretty valuable to know how much money you should have made from a tournament or cash game, and how you compare to other players.Knowing all of that would take a lot of uncertainty out of the game and make losing a lot easier. If you got crushed in a cash game or busted a tournament in the third level, but knew that you were the best player at the table, you wouldn’t be celebrating, but you also wouldn’t feel like a poker loser as you normally do. Even if you found out that were outclassed, at least you’d know. You wouldn’t be guessing. Sometimes uncertainty is enough to drive us mad and make losing that much harder.

Obviously, no one has this power.But it is possible to develop a more objective way of evaluating your skill. And when you have a clearer way of knowing how you played, you can tolerate short-term losses a lot better. If you can prove to yourself that you played well, or close to it and still lost, what can you do?It’s poker. This is what you signed up for. On the flip side if you lost and played bad, then you’ve got some work to do, and focusing on correcting those errors is a lot more productive than just being pissed off that you lost. Lastly, if you lost all your poker tilt control and won, your mistakes will stand out and not be hidden by the win. Ignoring mistakes when you win sets you up for future losses.

Map Out Your A-C Game Analysis

The way you become more objective about your game is to write out the differences in each level of your game. Every player’s game has a variation to it—no one plays perfectly all the time. Having the differences written out creates a measuring stick of sorts, that you can use to evaluate how you played after you’re done playing. To make this process straightforward, I have my clients use these poker tips for advanced ad beginners to complete an A to C-Game Analysis that essentially chops their game into 4 levels: The zone, A-game, B-game, and C-game, and separates their mental game from their tactical skill. Here’s a sample to give you an idea of what it looks like:

Incremental Improvements in Your Poker Game 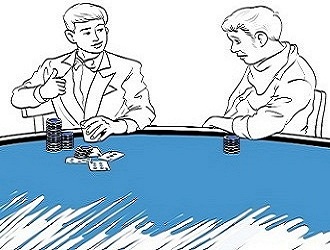 In each column, they put the skills, strategy, habits and tendencies that they expect to see at each level of their game. Imagine the above example was your own A to C-Game Analysis. If you had a losing session, but 3-bet in position well, made some good thin value bets, made no C-game mistakes and only a few B-game mistakes, you could make a strong case that you played very well. Maybe just variance was not on your side or your opponents were very good. How much better would you handle the loss if you knew all of this? For some players the difference is dramatic—they’re clear on what to improve, optimistic that level of play will eventually get paid off, happy to have played well during a tough session and able to go on with their day or fall asleep easily.

Now imagine you had a winning session but played passive with strong hands and missed spots to make thin value bets. You won because you either got lucky or the competition was so bad your poor play only cost you the chance to win more. Either way, you’re not going to walk away from this session feeling like you dominated, which would have set you up to get mentally crushed by your next loss. It’s fine to feel good that you won, but you will also have the incentive to work hard away from the tables, something that is less likely had your mood been only tied to the result.

Another great way to track any improvements in game is to use video to review your poker strategy in both winning and losing sessions.

Are You The Monkey or the Beast? 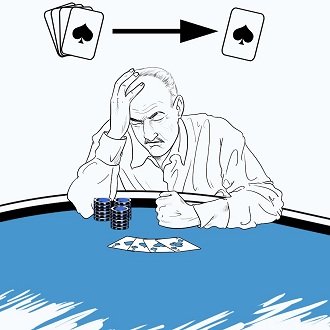 If you use the A to C-Game Analysis regularly, your thoughts about the session will be based more on whether you played well or not, than on the outcome. This will help you deal with unlucky sessions, avoid becoming overconfident after winning sessions, and identify areas for improvement every time.

I chose to chop a player’s game up into those four levels in this poker strategy guide because it is a simple and recognizable way to articulate this range, but feel free to tailor it in any way that makes sense to you. You might divide it by A to F-game,level 1 thinking to level 10 thinking, or Monkey Tilt and Beast Mode. There are many ways to do it and what matters most is that you can clearly identify the different levels of your game.You can download an excel version of the poker tips file that I give to my clients, and it includes suggestions on how to fill it out. Just remember that it’s important to update it as your game evolves. I suggest to my clients that they update theirs once per month.

One word of caution is to not use the A to C-game analysis as a crutch. There are some players who became married to poker strategy articles describing ‘All In EV’ and/or Sklansky Bucks (metrics which show they got their money in good that discounts when they got unlucky) as a way of measuring their skill. However, when you completely ignore your results in favor of this new metric, you could use it as an excuse for poor results. Use it, but don’t completely disregard your actual real money results. Add the A to C-game analysis to try to make your overall evaluation of your game more accurate. 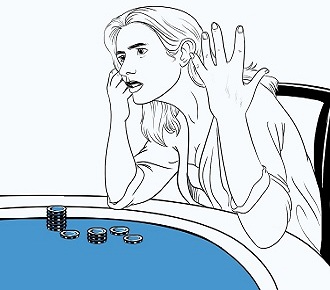 Finally, I have framed this lesson in the context of becoming a great loser, but make sure you use the A to C-game analysis when you’re winning too. Having an objective view of your game is just as important when you’re winning and will help you avoid overconfidence, focus on improving your weaknesses, play well and win.

Jared Tendler, MS, LMHC is licensed therapist specializing in sport psychology and is the leading authority on the mental game of poker. Throughout his nearly 10 years coaching poker players he has worked with over 500 players hailing from over 45 countries, including many of the top players in the world. He is also the author of two best-selling books on the subject, The Mental Game of Poker 1 and Poker 2.