Calling Yourself Lazy is Lazy 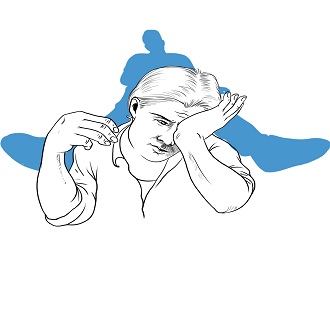 Saying you are lazy is paradoxically a lazy thing to do.It’s an excusenot to work on your motivational issue. You’re basically claiming that it’s a permanent part of your character,“this is just how I am,” so there’s nothing you can do to fix it.But laziness isn’t a character trait,you’ve simply learned to do what’s easy or comfortable instead of doing what’s necessary to reach your goals.

Goals are the benchmark for laziness. If your poker goals are easily achieved, you can afford to grind hours of TV instead of studying or playing. That’s not laziness, it’s enjoying your lifewhich you can do because you’re achieving your goals. But when your lazy-like actions stop you from achieving your goals, you need to correct the cause of your motivational issue.

Digging in and finding the real reason you’re lazy is the easiest way to permanently fix it. Too often players find a spark of temporary motivation by watching a great player, making a prop bet, or starting a new month. But when the inspiration soon fades,they end up right back in the same cycle they were in before. Inspiration isn’t a solution, it’s a band-aid.

The key to becoming less lazy and achieving your goals is to find out why you’re lazy. To help you figure out why you’re lazy, I’ll discuss several common reasons that players don’t often think about. For example, laziness can show up as a way of dealing with a problem in your mental game, like tilt. Not playing or studying is an easy way to avoid tilting—you can’t get pissed off at bad beats or mistakes if you’re not at the table. Avoidance looks like laziness until you look closer.

The first step towards identifying the root cause is to write a list of the things you do that are considered lazy,and note when and why theyhappen. Armed with that info, it’s a lot easier to figure out the deeper flaw and come up with a lasting correction. Then, look at the list and ask yourself why it makes sense that they happen? Here are some common reasons: 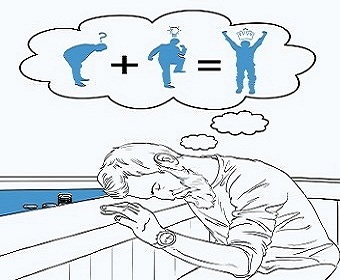 I mentioned before that being lazy often means you’re just more motivated by things that conflict with your real goal. If you play video games instead of poker, then video games are more motivating. So why haspoker become so much less motivating now? It hasn’t always been this way. You used to love it. You used to spend hours playing and learning. You were the opposite of lazy. Maybe poker used to be the thing that conflicted with school or your job, and that’s what excited you. But now that poker has become your main focus, it feels more like a job. Or maybe you’ve had a lot of success and the challenge doesn’t fire you up anymore. The game is more interesting when there’s a lot to learn. Have you stopped working on your game? Studying may feel like a chore sometimes, but learning new things often keeps you driven.

Perhaps you learned to avoid doing what you were “supposed” to do, like school work or chores, as a kid. Defying your parents back then was fun, but now that habit causes you to defy your own goals. Years of practicing the art of avoidance made you incredibly skilled at doing what was fun and easy. But it has made you mentally weak, like someone who has never lifted weights. You lack the strength to do what’s necessary.

Becoming mentally stronger is a lot like working out—you can’t instantly lift a ton of weight, you have to steadily build your way up and you have to push yourself to do what’s hard. In the gym, if you don’t push yourself beyond what you can already do, you don’t build muscle. By the same measure, if you only do what’s easy and enjoyable, you won’t develop the strength to do what’s necessary. Throughout each day, push yourself to do a little more. Take baby steps. Play for 10 more minutes. Study for five more minutes. Review your play at the end of the session for 2 minutes. Once you start developing these habits you can add more, but start with an amount that’s doable. 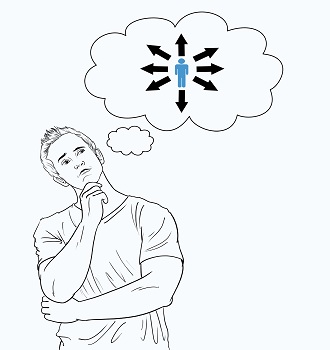 Another common problem that is often confused with laziness happens when a player lacks direction in their game. Theyachieved a goal and are either not sure what to aim for next or simply forget to choose. It’s amazing how many conversations I’ve had with players over the years who forgot to set new goals. They had a great year, won a major tournament, or reached stakes they’d always dreamed about and then asked for help after doing nothing for six months.They didn’t realize that they hadn’t set new goals. Without clear goals, actionslike watching TV, surfing the internet, or going out with friends will seem lazy.

The solution is simple: Always have goals. If you can’t think of what you want, then your goal is to figure out your next goal. Not knowing what to work on in your game can cause a similar problem. When you become more experienced it can be harder to spot the nuances in poker that need your attention. To counter this, make it a goal to always have something in your game to work on.

If you always need to be learning something new and exciting, however, you’re at risk of failing to master the more basic elements of your poker game. This flaw in your approach to learning will eventually undermine your long-term growth as a player. Make sure you also focus on improvingyour biggest mistakes or weaknesses. This part of your game isn’t sexy and may seem too obvious to focus on, but you can’t ignore them entirely. The good news is that they don’t require much time to improve since they are so basic. Just be sure to focus on them regularly along with the new stuff. A steady diet of both is key to creating a consistent motivation for learning. 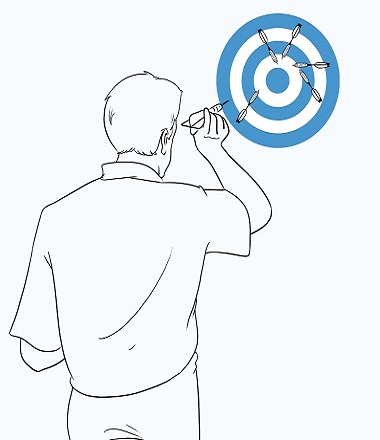 Some players have such unstable motivation the only thing that gets them energized to play or study is when they have no other choice. They wait until they risk having to drop down in stakes, busting their bankroll, or getting short stacked in a tournament. Often these players need to be highly stressed to be focused and at their best. Essentially, the only way they can get fired up is to delay or procrastinate until they get close to or reach rock bottom. One example you may be familiar with is a player who says they feel more comfortable getting short stacked in a tournament because it simplifies their decisions and forces them to take risks.Tough decisions become easy when you have no other options.

This motivational problem happens from an inability or weakness in your ability to make decisions. Poker is all about making decisions so it’s unlikely that you lack the ability, and more likely that fear is blocking it. Fear of failure, losing, mistakes or embarrassment are common culprits. To develop consistent motivation in the longterm, it’s necessary to face and correct your fear. For now, try pushing yourself to make hard choices when you still have options. 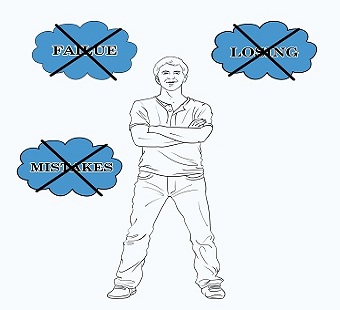 A lot of my clients are high volume players who play hundreds of thousands of hands a year against tough opposition. They sometimes will play seven days a week and 12+ hour sessions when they’re feeling good. This is the mental equivalent of being an endurance runner.Eventually, this tremendous output causes them to get so burned out they can’t muster the energy to play. Amazingly, these mental endurance athletes will then call themselves lazy because they can’t comprehend another reason why they would lack motivation.

Mental performance relies on energy being replenished—you can’t run a car forever without refueling. Rest rebuilds the energy you burn from playing. Before calling yourself lazy, take an honest look at your output and whether you’re balancing it with enough rest. If not, you may be burned out.

Proper rest doesn’t just mean getting good sleep, it also means taking days off (occasionally a week off), having another activity you enjoy, and avoiding electronics for some part of the day. But, once you get burned out there’s no other way to recover than taking a break from the game—several days, a week, or longer. How long depends on how badly you’re burned out. (Like a physical burn there are many degrees to how mentally burned out you can be.) Sometimes you can’t prevent it from happening, like when you’re playing a big tournament series. But having a routine that gives you proper rest will go a long way to minimizing how much you burnout.

If these topics don’t get to the heart of why you get lazy, you need to dig deeper on your own. In an upcoming chapter, I’ll introduce a technique called the Mental Hand History that can help get at the root of your problem.

Being lazy isn’t your destiny. It can be fixed…so long as you’re not too lazy to try.