Why the Mind Matters in Poker 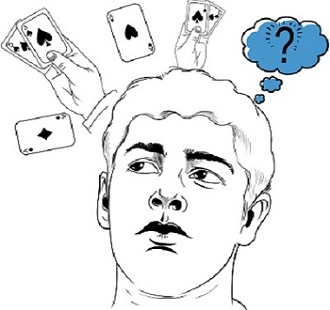 Poker is not a physical game. Even if you’re a player who eats well and works out, the reasons you do are less about poker’s physical demands and more about the mind in poker. That’s one of the reasons poker is such a great game, almost anyone can be a great player. That’s not the case in sports like football where the speed, strength and coordination required to play at the highest level means that only a tiny fraction of those who play the game will ever be great.

Poker is a mental game, up there with chess and eSports, and for the last nine years I’ve helped thousands of poker players improve their mental game through my poker mind coach academy. As a mental game coach, I’ve worked with over 500 poker players hailing from 45 countries, including some of the best players in the game, and I wrote two highly acclaimed books, The Mental Game of Poker 1 and 2. I did all of this while not being very good at poker.

This time around, I’m adding a visual aspect to this eBook with a poker video added to each chapter to provide readers with an even more in-depth look at the mental game of poker.

When I got into poker back in 2007, I was lucky enough to meet a former professional golfer turned poker player who helped me understand poker at a high level. I came from the golf world as an aspiring pro myself, but in college I kept choking under the pressure of major national events. I still managed to earn All-American honors three times in division three, an award given to the best collegiate golfers, but on the biggest stage my game would crumble. I’m not one to just try something I didn’t really believe I could do, so rather than turn pro I pursued a Master’s degree in Counseling Psychology and became licensed as a traditional therapist. I wanted to learn the skills to correct the cause of the mental game issues that I and other golfers faced, and figured I’d either solve my issues and play professional golf or I’d have a career as a poker mind coach. Turns out I got both.

By 2007, I had been coaching golfers on the mental game for a few years when I realized that I wasn’t choking anymore. Weeks after I started playing some small pro golf tournaments—$300 buy-in events—I met Dusty “leatherass” Schmidt through some mutual friends. Dusty had a legendary grinding ability but tilt was killing him, and his computer equipment. He had zero poker tilt control. A few months after we started working together his tilt was mostly gone and that meant he could play a lot more poker, and at a higher level. He made a ton of money and that got me a spot at Stoxpoker (the training site acquired by Cardrunners), and gave me a great opportunity to translate what I did with golfers to poker.

Poker back then reminded me of golf before Tiger Woods forced other pros to take their mental game seriously. Poker players assumed that tilt and other issues were just part of the game, and didn’t realize they were missing out on a big advantage. For the most part that perception has changed, and the improvements players have made to their poker mental game have made a significant difference in the quality of their game. But like the game itself, the mental game of poker is constantly evolving. With this eBook, I want to take a step beyond what I’ve done before and help you improve your decision making. Success in poker depends on the quality of your decisions, and I can help you make better ones and avoid your most common errors. 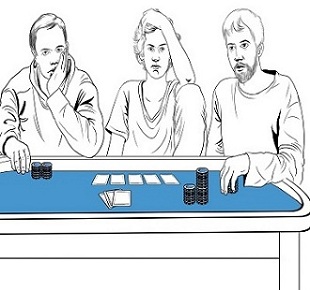 Poker is a game that relies on the mind, but can you name some of the mental processes used in making a decision? Do you know what those mental processes rely on to function? Every athlete knows the combination of strength, speed, balance, coordination and flexibility that are required for them to execute consistently. Executing the right decision is your technique as a poker player, comparable with the physical technique of an athlete—a swimmer’s stroke, a tennis player’s serve, or a basketball player’s jump shot. Just like an athlete needs to train their body to make those movements repeatable in competition, you need to train your mind to make decisions.  When you make the wrong decision, going against the poker tips in your Texas Hold’em game, it certainly could be due to a lack of poker knowledge, but it also could mean there was a breakdown in your decision making.

Decision making relies on memory, focus, thinking, energy, planning, self-awareness, perception and emotional control. I’m not going to bore you with an academic analysis of these functions. The point I want to make is simply that even though the mental game has become a lot more popular, many poker players are mentally out of shape. They’re like an athlete who hasn’t taken care of their body. As I write this Manchester United footballer Wayne Rooney is being criticized for being well below his best. He is looking slow, there is a certain sharpness lacking from his game, he is not getting to balls, his awareness of his teammates is nonexistent, and he looks heavier. 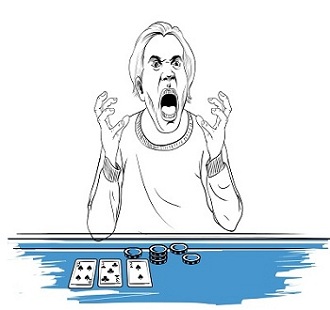 Even the best athletes would look amateurish if they showed up to compete having not exercised for a month. Yet poker players are routinely mentally unfit when they turn up to play. Regardless of how much knowledge they might have gleaned from the best poker videos about bet sizing, range calculations or game theory, winning is a lot harder if the mind isn’t in the right shape. The good news for you is that not only is it likely that can you dramatically improve the sharpness of your poker mind, but since most players still aren’t doing this, it’s a great place to create an edge on the field.

The first and most obvious way the mind impacts results can be seen by looking at break downs in your decision making. If you make the wrong decision, that means something went wrong in your mind. If a golfer misses a tee shot to the left, that means something went wrong in their golf swing. If you make a bad call with third pair you may not have had the right knowledge to fold, but one of the mental processes mentioned before may not have worked correctly either. Your lack of focus may have caused you not to notice your opponent rarely bluffs. Your lack of awareness might have caused you to miss some obvious tells. A broken down decision-making system may have caused you to incorrectly calculate key information like pot odds or equity. Your memory may not have correctly remembered how they played a similar spot an hour before. These are all instances where your mind let you down. 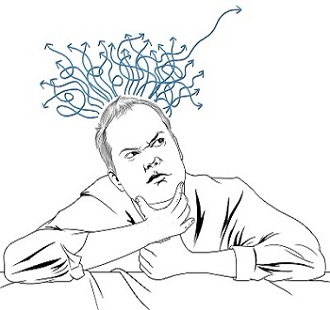 If poker were a battlefield the mind would be your weapon. Like a sword, it needs to be sharp and strong, and it’s most powerful when in the hands of someone well trained. At the end of the day, success in poker comes down to the decisions you make. In the past, I’ve focused mainly on helping players develop emotional control so they can avoid problems such as tilt, fear, and low confidence. These problems weigh heavily on your ability to make the right decision, so correcting them was an obvious priority. In this poker strategy eBook I’m going to focus much more on decision making and simplify the factors that make you play great.

While there are many components that go into playing great poker, these four factors are by far the most important and they work together like this: 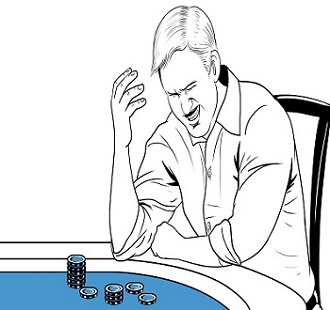 The key to making great decisions is having the right amount of energy. Simply put, if you lack the right amount of Energy you cannot play your best. Although, having an ideal level of energy doesn’t guarantee that you’ll be on top of your game, because that energy needs to be directed in the right way. Focus directs your energy to what’s most important and avoids being distracted by what’s not. You need good energy to have good focus, otherwise you won’t be able to pay attention to the important details of the hand, the players and your game. Focus tells your mind which poker tips to gather, but your mind needs room to organize and store it. That’s where Data gathering comes in, it helps your mind accumulate the pieces of information needed in the Decision-making process. There are hundreds of micro bits of data to consider in every hand and with an efficient process for making decisions you can do that more consistently. But, it requires training.

Over the next 14 poker strategy articles, I’ll expand on these four areas to give you new ways to sharpen your mind and improve your decision making. The mind is your tool and it needs to be trained just like a golfer must train their swing.

For players already familiar with my work, there are lot of new ideas that I’ll be presenting alongside concepts that you’ve already seen. Don’t make the mistake of assuming you can skip over the stuff you’ve already seen. These ideas are often presented in new ways and that was intended to help you learn them even better. Since I’m constantly learning new things about my material and the mental game, don’t miss a chance to deepen your knowledge. It will pay off.

For players not familiar with my work, I want to make clear that while the advice in this poker strategy guide can help players of all levels poker tips for beginners and advanced players. That said, improving the mind is not a replacement for developing better technical knowledge of poker. The mind alone isn’t powerful enough to make you a great player, so be sure to spend some time brushing up on the fundamentals of poker games strategy as well.

To get started, I’m going to help you find that ideal level of energy in the next chapter.