What is Two-bet in Poker?

Two-bet (or 2bet) refers to the second bet in a sequence. I.e. it’s a bet (1bet) followed by a raise (2bet). It’s worth remembering that in games with blinds (such as Hold’em and Omaha), the blinds count as the first bet on the preflop betting round. As such, any open-raise in Hold’em and Omaha can be referred to as a 2bet. 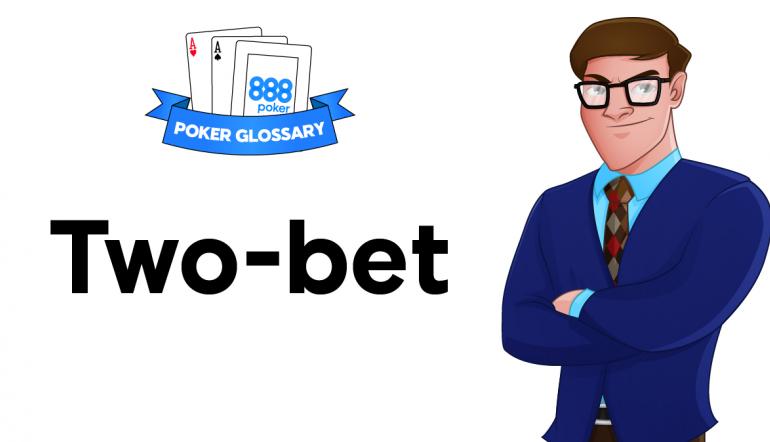 Example of Two-bet used in a sentence -> Our opponent fire a continuation bet on the flop and we put in the flop two-bet.

How to Use Two-bet as Part of Your Poker Strategy

Two-bets, the first raise in a sequence, represent more strength the later the street they are on. For example, in Hold’em, turn and river two-bets should hence be given a great deal of credit in most games.

While flop two-bets in Hold’em are still relatively strong, they are significantly more likely to be bluffs/semi-bluffs when compared to turn and river two-bets.

Preflop open-raises in Hold’em are referred to as two-bets and don’t necessary represent any real strength. The exact range represented will usually be related to the position of the open-raiser at the table.