What is Five-bet in Poker? 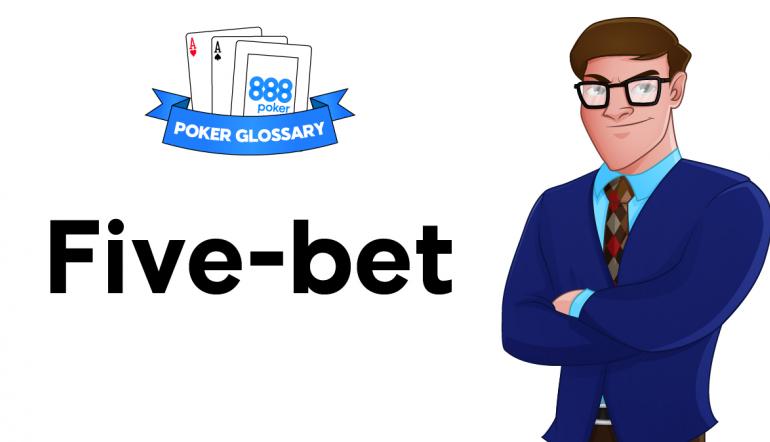 Example of Five-Bet used in a sentence -> We had to fold our preflop four-bet after our opponent decided to five-bet jam over the top.

How to Use Five-bet as Part of Your Poker Strategy

It’s somewhat rare for 5bets to occur postflop in Hold’em and Omaha since a postflop 4bet is usually enough to get the stacks all-in.  In limit poker, postflop 5-bets are usually impossible since the fixed-limit structure typically allows for a maximum of 4bets on each street.

The most common application of 5bets is hence preflop play in no-limit and pot-limit variants of Hold’em and Omaha.

Although it’s possible for a preflop 5bet to be non-all-in, the majority of 5bets get the entire stacks in preflop. This usually implies one of the following -

a) The 5better has a very strong premium value-hand.
b) He expects his opponent to be folding too often to 5bets and is bluffing.

5bet bluffs are rare apart from in very tough line-ups. As a rough guide for playing with 100bb stacks, 5-bet bluff jams start to become overtly profitable as soon as the 4better is folding more than about 50% of the time to a 5bet. The average player only folds to a 5bet around 30% of the time however.