Getting to Grips with Tournament Structures and Home Games

The bankroll is all set, you’ve plunked down your tournament buy-in, and ready to roll. You’re seated at your table and given your weapons, a stack of chips to, hopefully, build throughout the tournament. That initial stack will vary from tournament to tournament and casino to casino, but those colours and chip values are essential to any tournament, and hopefully, you’ll have a massive stack by the end of the tourney.

The starting stack and chip distribution, as well as tournament level times and the blind progression, determine a lot about a tournament such as how long an event may last, the amount of time you have to make a move, and other variables.

Don’t follow Kenny Rogers’ advice – it’s always important to know how many chips you have at the tables. 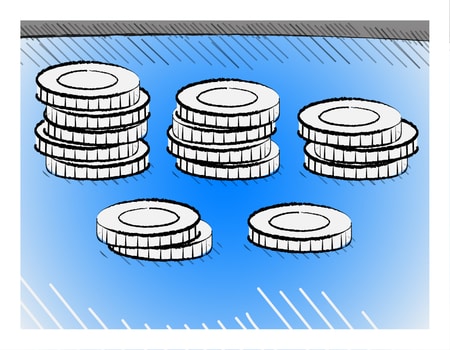 In a typical tournament, players get a particular number of certain-valued poker chips. That chip stack usually includes a few larger values, some of a medium denomination, and several lower values for the early stages when blinds and antes are low.

The World Series of Poker (WSOP) offers several tournaments of varying buy-ins each year. In 2019, the series includes events ranging from a $500 buy-in with $1 million guaranteed to the winner, known as the Big 50 to celebrate the series’ 50th anniversary, to events ranging from $1,000 to $3,000.

The annual series also features several $10,000 championship tournaments attracting plenty of big-name pros. The number of chips and distribution depends on the tournament buy-in. While the WSOP added more chips in general to its tournaments this summer, larger buy-in tournaments tend to offer more chips for players.

For example, players in the Big 50 event will start, fittingly, with 50,000 chips of varying denominations. With blinds starting at 100/200 and a 200 big blind ante. That ratio gives players a starting stack of 250 big blinds.

Other lower buy-in tournaments have even shorter durations, many in the 30- and 40-minute range. The larger distribution of chips certainly offers more play for the poker buck. 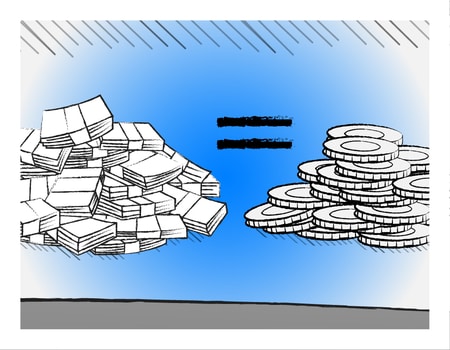 Players jumping in on some cash game action will be given chips based on the stakes they plan on playing. A player in a low-stakes game at his neighbourhood card room or casino may buy in for $200 and receive a rack full of $1 chips (100 chips) and then twenty additional $5 chips. Of course, all this may vary slightly.

Players in higher stakes, such as a $25/$50 games, will, of course, receive high denominations with quite a few $25 chips  - and some hundreds mixed in as well and possibly even higher.

Certainly, casinos will have even higher poker chip values for those playing at the very highest of stakes. Chip colours will vary by casino, but it’s a good idea to keep a few lower-denomination chips for waitress and cooking staff tips. Peeling off a big chip for the staff might bring some luck as well. 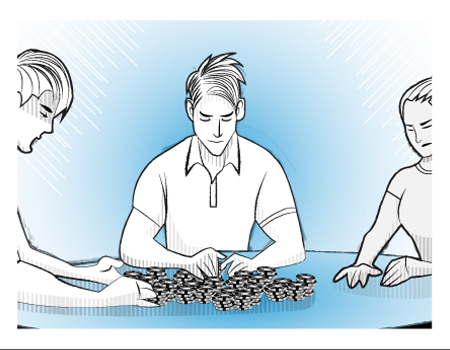 The friends have been invited, the table is ready, and the pizza is on its way. You’ve got a great tournament planned with friends and prepared to stack some chips.

Which colours, values, and blind durations will all depend on your situation and the number of players. Planning a bit in advance will help get the action going sooner.

Here is an example of a tournament structure. If you are running a faster freeze out so that you can get your tournament wrapped up in a few hours, each player might start with 5,000 chips with blinds of 25/50 in that first level.

That setup gives each player 100 blinds to get things going. It can be easily adjusted if you’d like deeper stacks, and obviously chip colours may vary depending on the chipset you own.

Want a shorter tournament? Reduce the chip stack by 1,000 or so and reduce the time for blind levels.

A sample distribution in the above scenario might look as follows: 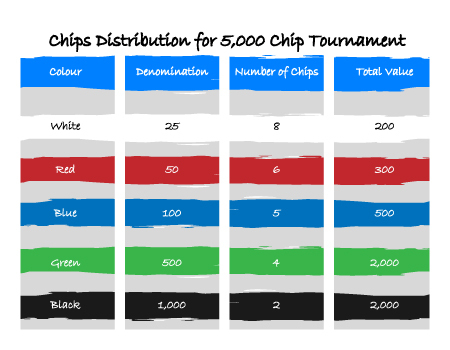 Setting up your own tournament with a starting number of chips will undoubtedly depend on your schedule, the number of players, allotted time, blind levels, and numerous other factors.

Below is an example of a structure sheet for the 5,000-chip tournament mentioned in the above section.

The example below might be nice for a small tournament of 8-20 players. 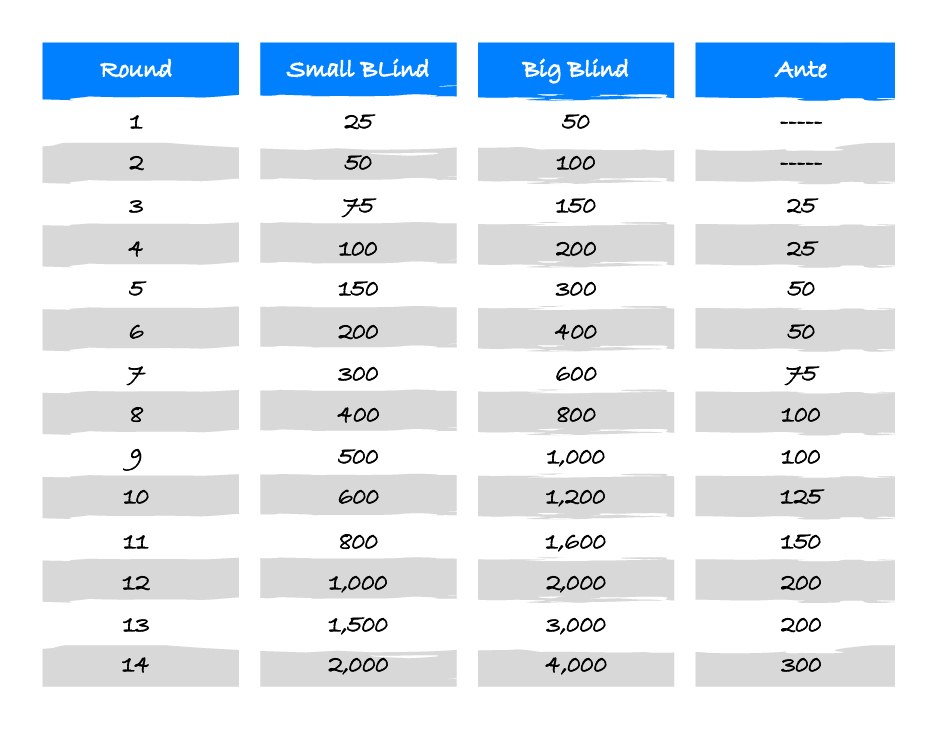 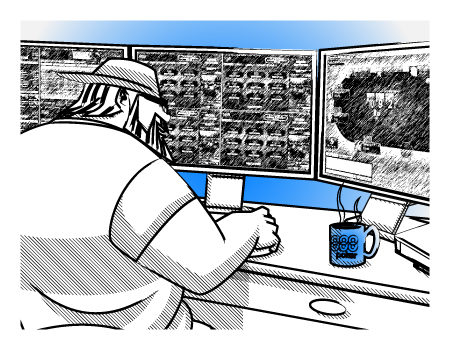 Just like in a live setting, tournaments online also feature starting stacks, blind, and everything else one might expect in a casino. Those virtual chips will have specific colours as well, except they’re automatically collected in a pot and coloured up. As a player advances in a tournament, those denominations also go up - just as in a live tournament.

When it comes to starting chips, the number varies according to the event. Regularly scheduled tournaments will have a set defined number of chips. While significant events, such as the $215 buy-in 888poker $100,000 Mega Deep Challenge, may start with larger starting stacks, have longer levels, and feature a more favourable tournament structure.

Cash games will feature differing chips depending on the table stakes. The best way to get in on the action and grab those chips at the table?

Check out 888poker.com and take advantage of one of the site’s promos to sit down at the tables with a few extra dollars. 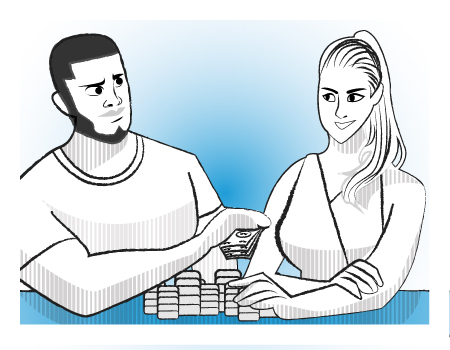 If you’ve got that fun cash game scheduled with friends, maybe even after a tournament, there are numerous options for chip values as well, depending on your stakes, preference, and the number of chips.

For low-stakes games like $1/$2 No Limit Hold’em, if you have plenty of chips, making every colour only worth $1 keeps things really easy. However, if you are limited in the number of chips for a game (or simply like having a few denominations in play) adding different chip values can definitely help.

You may want to offer a player buying in for $150 something like this:

This arrangement allows players to quickly make change for higher denomination among themselves while being able to easily call and raise with larger chip values if needed.

One thing to remember: If you host a tournament before the cash game, it’s always a good idea to keep those cash game chips in a different colour, just in case.

Poker is a popular game because of the fun, strategy, and the possibility of accumulating more and more of those coloured chips and cash. 888poker offers plenty of opportunities to improve your skills online.

While 888poker LIVE offers players the chance to participate in some of the biggest and most prestigious live tournaments at great casino resorts, all over the world.

Get your game together and get in on the action.