Up Your Tournament Scores By Playing the Early Stages Correctly!

Learning how to play the early stages of an MTT correctly will increase our chances of being in a favourable position towards the end of the tourney. 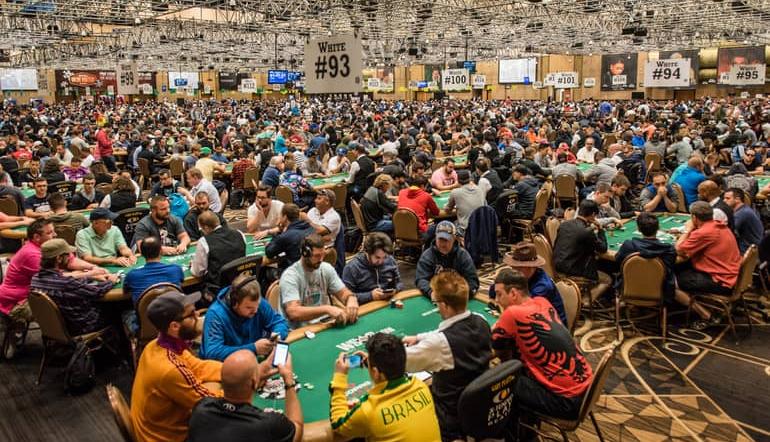 Playing the early stages of an MTT, correctly, will increase our chances of being in a favourable position by the time we reach the mid and late stages of the tournament.

While early stage play is typically considered less crucial than late-stage play, we still want to capitalise on any opportunities we are presented with.

It’s true that some professionals deliberately register late for various MTTs. As a general rule, this will not maximise our expectation for the tournament.

Although such a technique could increase our hourly rate, it won’t up our ROI (return on investment) and is hence not recommended for the vast majority of players.

Being seated at the very start of the event ensures that we give ourselves the best chance of becoming a profitable player overall.

The first rounds of an MTT usually involve players having deeper stacks relative to the blinds. Pots are generally small since there are no antes just yet.

Many players have described the correct poker strategy here as being similar to a cash game, but it’s important to understand that there is a crucial difference.

Chips won are not as valuable as chips lost.

So, why exactly is this the case?

Imagine a cash game with a $10 buy-in. If we win an opponent’s stack, we earn an additional $10. If we win the stacks of 9 other players at the table, we now have a total stack size of $100.

It doesn’t work this way in MTTs. If we knock out every other player in the tournament, we might win only 40% of the prize pool since other positions are also awarded even after busting out.

So, what does this mean for early-stage strategy?

We need to play on the tight side and only take highly profitable decisions.

In other words, it’s absolutely not worth getting all of our chips in on a flip in the early stages. If we win, we only increase the monetary value of our stack by a limited amount.  While if we lose, we lose the entire value of our buy-in.

We are looking for opportunities to flop very big and capitalise on weak overly-loose opponents.

Failing this, it is not worth putting an overly large chunk of our starting stack at risk.

The exact moment the antes start being taken may vary based on the tournament structure. Not only will the blinds now be larger - relative to the average effective stack size, but the antes will mean each pot is significantly larger than previously.

As a rough guide, we can stick to the following principle - The shorter our effective stack gets, the more aggressively we need to play. 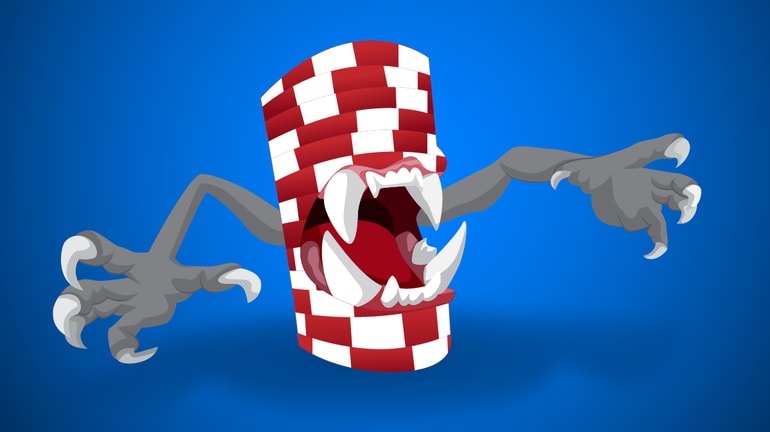 Stealing the blinds becomes much more attractive than previously. We need to be taking good opportunities to ensure our stack doesn’t dwindle too significantly. We’ll also typically get a much better price to defend our blinds when facing open-raises.

Assuming our stack is in the 20-30bb region at this stage, we are not yet desperate for a double up. While we’ll play more aggressively in good steal spots, we’ll avoid putting our stack at risk unnecessarily.

We’d still prefer to pass the bubble with a short stack as opposed to spewing our stack away in the vain hope of a double-up. Of course, finding a balance is essential. We will need to stack off lighter than we would have needed to in the pre-ante stage.

We should not shy away from stacking off sufficiently strong hands purely for fear of missing the bubble. A double up at this stage will certainly be beneficial as it will allow us to apply more pressure on our opponents when reaching the bubble.

This situation is one of the toughest tournament stages to play accurately since the average player will typically feel under a decent amount of psychological pressure. Bust out now and leave with nothing; last just a little bit longer and take home a prise noticeably large than our initial buy-in.

It’s not surprising that some players begin to fold absolutely everything in the hopes of picking up a min-cash.

In some cases, this might not even be a terrible approach, but it usually depends on our current stack depth. The most common leak players have is that they don’t play aggressively enough when approaching the bubble.

Let’s break it down by stack size -

Hopeless Short Stack – Assuming we have one of the smallest stacks out of all the remaining players, there is little chance in holding on. Assuming our stack is <15bb, we need to look for opportunities to get the stacks in (ideally as the aggressor).

We are not really risking much with the possibility of busting out since we are not that likely to reach the bubble anyway.

Short to Medium Stack – We have a stack size in the range of 15-30bb. Granted, we don’t have a lot of chips, but we are currently set to outlast some of the shorter stacks and make the bubble (even if we were to fold every hand). We hence have some measure of decision regarding how aggressively we should play.

If opponents are making the classic mistake of folding too much near the bubble, this is an excellent opportunity to steal hyper-aggressively and look to build our stack. If we are unlucky and run into a monster, we still have the possibility of being left with sufficient chips to reach the bubble.

On the flip side of the coin, if players are not compliant in folding too frequently on the bubble, mid-stacks may need to enter into what is known as a folding war where they play hyper-conservatively until the bubble is breached.  The goal will be to restart the aggression as soon as the bubble is over.

There is more of a risk, given that we have a stack which is potentially healthy enough to get past the bubble without needing to double up.

Medium to Large Stack – We have a stack size that is above 30bb (perhaps even 100bb or more). So far, we have tended towards playing tighter with a larger stack.

This strategy should now change for a few reasons:

Therefore, we are looking to eliminate as many of the hopelessly short-stacked players as possible (within reason). While we might not be stealing with any two cards, we’ll certainly look to take a wider range of steals spots than we would if we had a short to medium-sized stack. 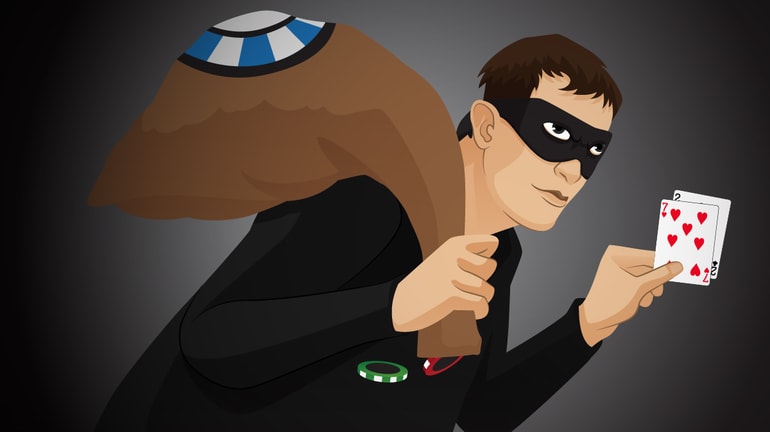 In other words, this is a stage in the tournament where the deeper stacks might play more aggressively than the mid stacks.

Having said that, deep-stacked players should still be cautious about getting into battles with other deep-stacked opponents. This aggression is not going to make a lot of sense until after the bubble unless we are almost sure we have the best of it.

It absolutely does not make sense to jeopardise our tournament life when our stack is healthy enough to get considerably beyond the bubble.