Making the switch from hold’em to pot limit Omaha? We reveal the top 10 most common mistakes to avoid when you’re getting started. 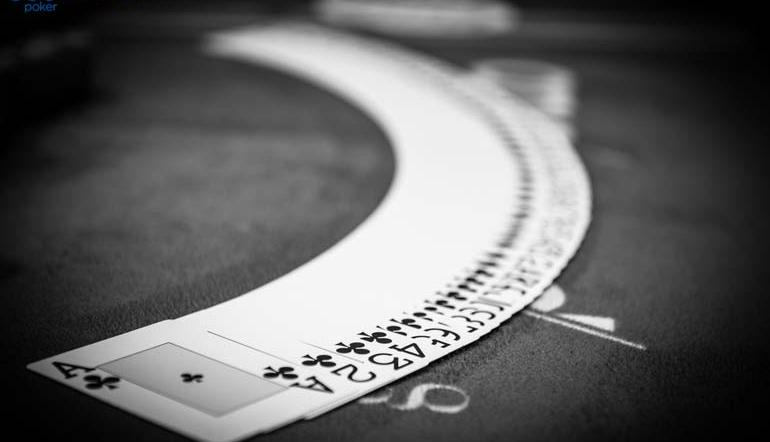 It might surprise you to hear this, but the biggest cash games these days aren’t at the no-limit hold’em tables. No, the game that all the high stakes pros are currently playing online is pot limit Omaha.

And it seems that millions of others are following suit, testing their hold’em skills in the world of PLO poker for the first time. What this means is that you get a lot of people who jump straight in and make a lot of mistakes, donating money hand over fist. We want you to avoid this, so follow our top 10 tips for making the switch to Omaha and get ready to rake in the money.

The biggest mistake people make is over-valuing Aces and big pairs. One pair by the river in hold’em is hardly a great hand, but in Omaha it’s rare you’re still winning at that point. The best way to look at big pairs in otherwise unconnected hands (e.g. A-A-6-2 unsuited) is to play them for set value. Heads-up you can take shots on safer flops (e.g. holding K-K-x-x on a Q-7-2 rainbow board), but be prepared to give up the hand if raised. Folding an overpair to a raise is standard in PLO poker.

In no-limit hold’em you can hit the flop hard with low suited cards and stack your opponents, but in PLO poker small flushes can prove costly. A hand like 10s-9s-5h-4h makes two hold’em hands you’d like to see a flop with, but in Omaha this hand can get you into big trouble. In PLO poker you’ll quickly realise that better players will only be in a hand if they’re drawing to the nuts. So when you hit your flush, more often than not you’ll be crushed. In short, don’t count baby flush draws in your ‘outs’.

You’ve called a raise pre-flop in NLHE with Jd-10d and hit a wonderful Jc-Js-7c flop. Slow-playing on this flop isn’t a bad idea. Now switch the game over to PLO poker and you’re holding Jd-10d-8h-7s… on the same flop. Do you slow-play your full house? No way! You should hardly ever slow-play in PLO poker because with everyone holding four cards there are so many more outs for players to hit. Instead you should look to get as much money in as possible when holding the nuts. In this situation you might get players chasing a straight or flush draw. And you’ll definitely get action from a player holding another Jack or 7-7. Even if an opponent has a Jack and three cards above your current full house, e.g. A-K-Q-J, he only has nine outs twice, making you a 2/1 favourite – which is about as big an edge as you’re ever likely to have in PLO poker strategy.

Calling in the hope of flopping a set is a pretty common occurrence in NLHE, whta is know as "set mining" . But in PLO poker you should never rely on small pocket pairs. Flopping sets with 6-6-x-x or lower is always problematic because it’s virtually always the bottom set and it’s very rare that you’ll get action from any hand that doesn’t have you crushed, such as a higher set. Be very wary of flopping top two-pair as well, because by the river you’ll often be in bad shape if you haven’t improved.

One of the fundamental differences between PLO and hold’em is that you HAVE to use EXACTLY two cards from your hand. This makes for great bluffing opportunities, though, when you have just the Ad in your hand and three diamonds come on the flop, since you can bet and many players will assume you have the nut flush. Be wary though – at the lower limits, players are generally unable to fold anything.

MISTAKE 6: PLAYING OUT OF POSITION

As it’s such a drawing game, position in PLO poker is absolutely critical, more so than in hold’em. Don’t get tempted to play too many poker hands out of position, but make sure you maximise the times you have position.

People play PLO poker because they want to see more flops, but this can be a mistake as you’ll sometimes be coming in with substandard hands. Hands that have a ‘dangler’ or unconnected card are the ones that will cost you money in the long-term. It cannot be overstated how strong your hand is when all four cards are in good working order, since when you do hit flops, you will hit them hard. Hands like 8-7-6-2, or K-Q-10-4 are garbage and should be treated as such.

Moving on from danglers, the hands you really want to play are the ‘rundowns’ such as J-10-9-8 or 7-6-5-4, especially if double-suited. These hands have a great chance of hitting the flop hard. And if they don’t you can easily throw them away. One-gap rundowns like 10-9-8-6 are also very playable, as are ones with pairs in them such as Q-J-10-10, but once you get past two-gap rundowns, you’re entering ‘dangler’ territory and those hands should more often than not hit the muck.

When taking up PLO poker, one thing you should notice straight away is that compared to no-limit hold’em, the variance is much greater. It’s possible to get in situations where neither player is going to be able to fold on the flop with either top set or a big straight/flush combo-draw, and these hands are basically 50/50. Therefore, you can be in a spot where you lose 15 out of 20 similar coin-flips and drop several buy-ins without doing much wrong. It’s important, then, to make sure you have a bankroll, and the right temperament, to handle this game. In general PLO poker games play twice as big as no-limit hold’em.

MISTAKE 10: ALWAYS DRAW TO THE NUTS

All of the nine previous points are connected by this last one, which is the most important concept of all in PLO strategy: always draw to the nuts. It’s that simple. If you don’t have the nuts or aren’t drawing to the nuts, then get out of the pot.