Your Introduction to 6-max Poker Games

6–max poker games can be a lot of fun with loads of action. Learn what you need to know before jumping into one of these fast-paced games. 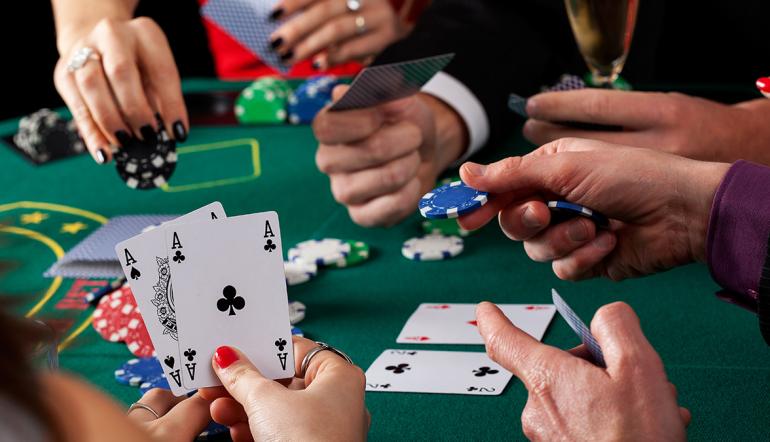 Poker can typically be played with anywhere between 2 and 10 players per table, depending on the exact variant. Yet, for some reason, 6-handed tables have become a clear favourite in the online poker environment when compared to its heads-up and full-ring counterparts.

What is the reason for this?

Why Is 6-max poker so Popular?

There are doubtless many reasons why players pick 6-max of poker over other forms of poker. But, there is one reason that seems the most likely. 6-max poker has the perfect balance of action. What do we mean by this?

It’s pretty easy to get bored at a full-ring table. We might have to play a considerable number of poker hands before we find ourselves in an exciting situation. The first 3 seats at a full-ring table are barely playable and, in the majority of cases, we are forced to wait for strong premium holdings. Assuming we do get dealt a premium, it can sometimes be tough to get any decent action because the average full-ring (FR) player is very tight.

A heads up (HU) match is the complete opposite. We are involved in pretty much every hand, and any 2 cards can be playable from the BTN/SB. We don’t get any breathing space whatsoever and need to be constantly alert. HU is a great choice for action junkies, but can be too intense for many players.

We also potentially lose the feeling of “anonymity” that some players value. In a 6-max or FR game, our opponents will not have all of their attention constantly fixated on us. In HU, our opponent is watching our every move, scrutinizing us, looking for leaks. Some players don’t like the additional pressure this feeling brings.

So now when we consider something like 6-max poker, we should be able to see why many players pick it as their game of choice. We should also remember, that some of these choices have a bit of a knock-on or “trending” effect. The majority of cash game players pick 6-max, so when a new cash game player arrives on the scene, they might opt to pick 6-max games, because it is typically considered “cooler” by the community.

6-max poker vs Other Variants

In HU games, it can be considered correct to play 100% range when we are first to act in the BTN/SB. Our overall playable range would be well above 50% when we take into consideration both positions.

6-max poker does share some similarities with other variants. Poker position strategy is important. So typically the later our position, the more hands it can be correct to play.

The same is true when we consider preflop 3betting (a re-raise when facing an open-raise from our opponents).

It’s also a general trend that the more shorthanded we play, the wider postflop ranges will get on average. So, assuming we face a flop raise we should give a full-ring regular a large amount of credit, while we give a 6-max regular less credit.

By the time we consider HU games, flop raises are typically a lot more commonplace and are not necessarily representative of an especially strong range. A decent 6max poker player will be raising around 15% of flop-cbets. The average player raises a lot less than this, however.

In order to become a strong six max player, it can be worth knowing a few of the common tendencies we will see in such games, and how they differ from optimal values.

This information has an effect on how we should respond when facing a 3bet from an unknown opponent. It’s essentially going to be fine to fold a huge percentage against 3bets since the average player is not really 3betting us that much.

When high-level players are involved in a 6-max poker battle, it is common for them to fold to 3bets just under 60% of the time. But assuming we are playing low limit 6-max poker games we can make an exploitative adjustment and fold even as much as 70% of the time.

Technically this means we are exploitable, but since most of our opponents will not adjust, we are the ones exploiting them for having too tight of a 3bet range.

Here are some additional population tendencies that make our lives a lot easier and allow us to find an exploitative response to various 6-max poker situations.

There are doubtless many more population tendencies that can improve the exploitative side of our game, but this list is a good place to start.

There are 6 available seats at a 6-handed poker table, and not all of them are equal. Some seats are better than others. It depends on who else is at the table and how they are arranged.

The general objective is to “get position” on a weaker player. By “position” we mean sitting directly to that player’s left. This means in the majority of cases we will act after that player on each street. The only exception is when he is on the BTN, and we are in the SB.

The scenario we don’t like is when we have a strong, aggressive opponent directly to our left. In many cases, this can be the difference between making money or losing money in a given session.

But how do we identify the weaker players in the first place. There are two very easy ways.

Naturally this is not an exhaustive list, but it should be enough to help us identify weaker opponents by their bet-sizing.

The most important thing when first trying out 6-max poker is to think deeply about the action. But also to enjoy the experience, especially if we come from a full-ring background. We might find it refreshing that we can get involved a little bit more and not spend the majority of our time waiting for premium holdings.

6-max poker, in essence, feels a little bit closer to the true nature of the game – the pace is faster, more exciting, and we get to see a lot more action.