Check out these top 5 ways to use your poker position at the table to boost your winrate and up your poker strategy game.

Before we elaborate on how we can optimally use position in an ideal poker strategy, we must first refresh ourselves with how to refer to the various poker positions that players can be seated in at a poker table.

NOTE: Sometimes the positions closer to the right of the button (such as cutoff and button – and sometimes even hijack) can be referred to as “late position” or LP (i.e. LP1, LP2, etc.), especially in full-ring games.

Playing more hands from later positions (when you’re going to be in position against your likely other opponents) is going to give you a HUGE leg up on your winrate:

Because position is so important, you must adjust which poker hands you want to play (and/or open-raise with) from the various poker positions to achieve a winning strategy. The further you are away from the button (to the right of it), the tighter your starting hand range should be to compensate for your (likely) lack of position on the subsequent post-flop betting rounds. Oppositely, when you’re in the later positions (closer to the button), you can allow yourself to open and play a wider range of hands because you’ll have a post-flop edge on your opponents, simply due to your poker position at the table.

If another player has already opened, coming in for a 3bet with specific hands when in position can be a powerful tool to have in your arsenal, too. (Just make sure you do it with more hands than just premiums to balance your range!) 3betting in position a good amount of the time preflop can put your opponents in tight spots as they can either -

STEP 2: PLAY TIGHT FROM THE BLINDS

How well you play poker from the blinds will have a MASSIVE effect on your overall winrate. Even the best poker players are going to lose money over the long term when playing hands from the blinds. Why? Because they’re forced to always put out 1.5bb from the blinds every round of betting! In a 6-max game, this equates to a winrate of -25bb/100 hands automatically from these two positions combined, if no hand is ever played. As a result, the key is to playing well from the blinds is to lessen this loss rate as much as possible to boost your overall winrate (with the assistance of profitable play from the other positions at the table).

One of the ways to lessen the amount of money you lose is to play tighter than you think you should from the blinds. Many players have the idea that “because they’re getting a better price to call from the blinds (specifically when last to act in the big blind), they can afford to play a greater selection of starting hands.” While this is true to an extent, usually players overcompensate and get themselves into many tricky-to-navigate situations post-flop when facing multiple streets of aggression from them in position.

Especially if you are a newer or beginner player, make post-flop play easy on yourself by playing a tighter selection of hands from the blinds to start. As your post-flop game improves, then your starting hand selection can also widen slightly. 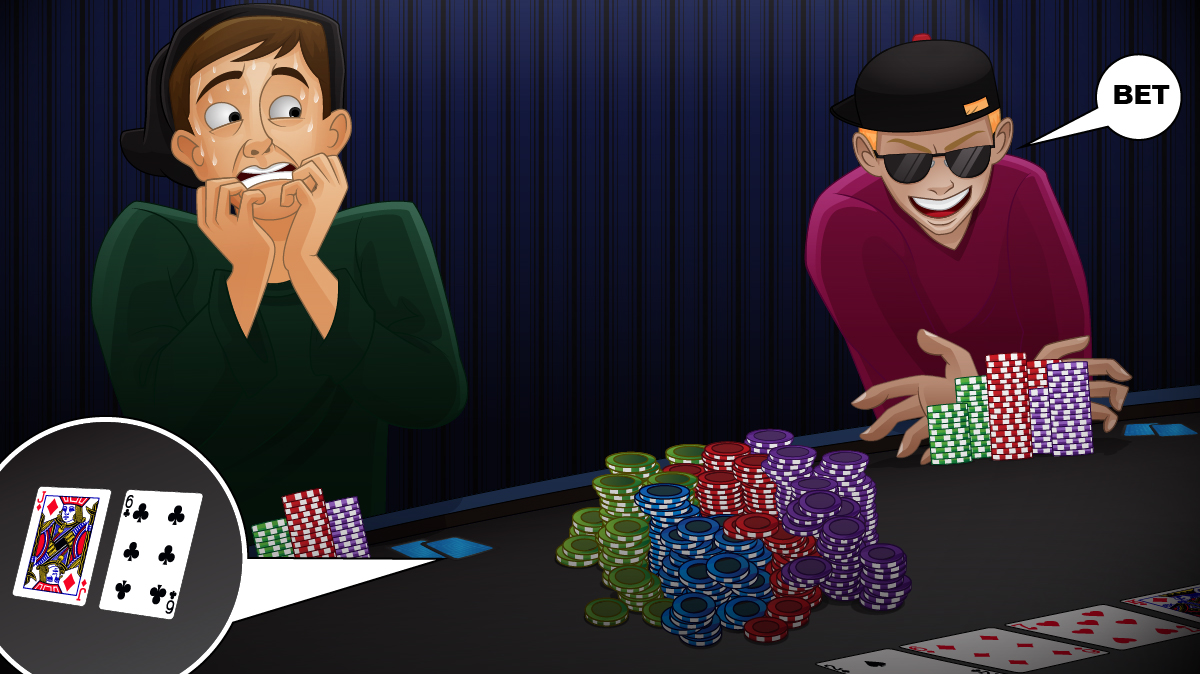 In the small blind, because you still have to worry about the big blind to act behind you, a common strategy is to primarily 3bet (or re-raise) if you’re going to enter a pot after someone else has initially raised. This play denies the big blind good odds to come along for a cheap flop along with the ability to 3bet/squeeze you with a wider range by default.

Additionally, it affords you some pre-flop fold equity against your in-position opponents, as well as giving you the betting initiative in post-flop betting rounds. (Sometimes a flop cbet can be enough to take it down.) It’s often a lot easier to cbet out of position (after being the last raiser pre-flop) than it is to check and then determine what the correct play to do next is. If you have a passive player in the big blind who won’t re-raise preflop as much as he should, calling when in the small blind with some hands that contain some excellent implied odds and/or post-flop playability (i.e. if they flop well easily) can be acceptable for developing a mixed strategy from this position.

From the big blind, you’re going to be getting the best price to call and see a flop Depending on the size of the open-raise, you can adjust your defending range accordingly. (Remember, stay on the tighter side if you don’t feel as comfortable in post-flop situations because this will simplify your post-flop decisions.)

Money tends to flow in a clockwise direction at a poker table. Therefore, it’s always advisable to try and have the biggest fish in a poker game sitting on your direct right. You’ll be able to isolate them more easily, play more pots with them, and because they’re the biggest loser in the game, you’ll quickly become the biggest winner.

Additionally, it’s advisable not to have LAGs (loose aggressive players) or exceptionally good players seated on your left, if you can help it. These would be players who will play back at you frequently and make plays often whenever you show weakness or appear to have only a marginal hand. 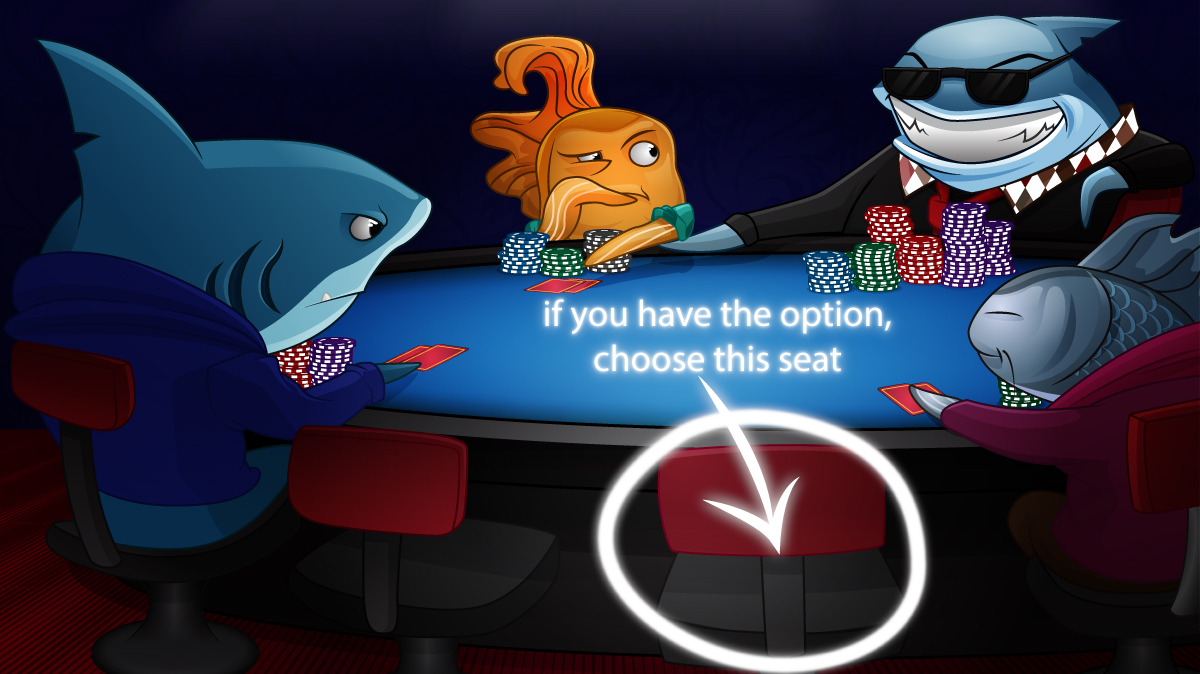 PRO TIP: During a live game, if someone leaves the table, who is seated on your direct left, it’s advisable to always take that empty seat immediately. Play at the table will continue as per usual for the time being, but you’ll never know who that new player will be and what characteristics he’ll have until he arrives. If it’s a big fish, you’d much rather have direct position on him than him having position on you. Don’t take the chance and have someone potentially sit on your left who you’d rather have on your right.

Being IP, You Have Greater Control on How Big You Want the Pot to Be

Being in late position (or at least, in position on your other opponents), you get to see how the other players will act first. And, as a result, you have greater control over how big you want the pot to be. 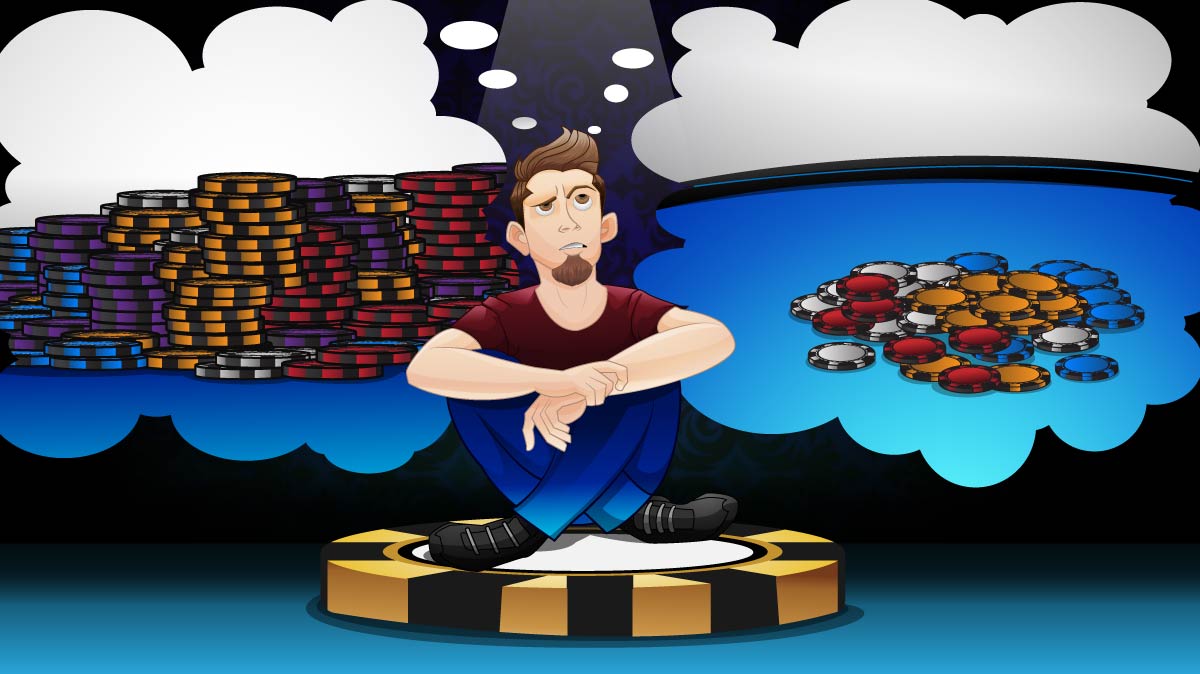 On a similar note, it can sometimes be challenging to play draws from out of position, especially when you don’t have the initiative in the hand (i.e. when another player has the betting lead). If you check-call and make your flush, donk betting when you get there will likely turn your hand face-up and your opponent can fold easily. If you check, though, your opponent might become scared of the draw coming and not bet, just in case you have him beat.

Ultimately, the point that needs to be made here is that sometimes it can be difficult to get maximum value when out of position. However, when in position, having the information of the players before you, your decisions are often much more simplified, as well as profitable.

STEP 5: USE THE INFORMATION YOU GAIN WHEN IP

Being able to see how other players act (regarding action and bet sizing) before it’s your turn to do so gives you such a massive advantage to how much and how often you can win at poker. In fact, many go so far as to say that position is even more important than the two cards you play!

For example, if the flop gets checked around and then again checked to you in position on the turn, it’s not very likely that anyone has too strong of a hand. A small bluff bet with virtually any non-showdown holding can almost certainly show a profit in the long run (especially against straightforward opponents who will check-fold more often than they check-call or check-raise).

Oppositely, though, if you’re out of position and you bet, your opponent(s) could do any number of actions – fold, call, or raise! You don’t know how they’re going to react, making it tough to play optimally. Being in position and seeing whether your opponent initially bets, or checks, can have huge implications as to how you choose to proceed with the hand profitably.

To sum up the key points of this article: