Our new sponsorship of WPTDeepStacks™ Malta has been a roaring success with the Main Event attracting 275 runners creating a massive €240,075 prize pool. 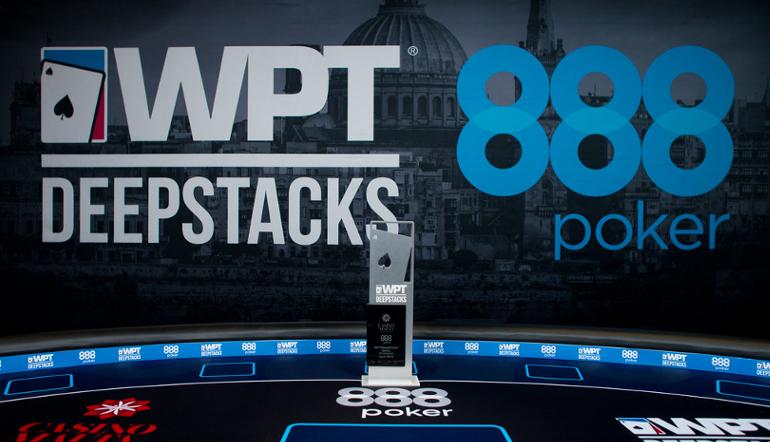 Our new sponsorship of WPTDeepStacks™ Malta has been a roaring success. The most prestigious event on the schedule, the €200K GTD Main Event out-performed all the rest with 275 runners creating a massive €240,075 prize pool.

Yes, we smashed it!

Our partnership with WPTDeepStacks™ allowed players to qualify online for the €1,000 buy-in Main Event tickets.

Many players took advantage of the opportunity to satellite their way to a seat for as little as one cent.

If you missed out on all the action – not to worry.

Our quick recap will get you up to speed.

The WPTDS Malta Main Event consisted of 3 starting flights, and 3 of our 888poker ambassadors decided to try their hand in this exceptional tournament. 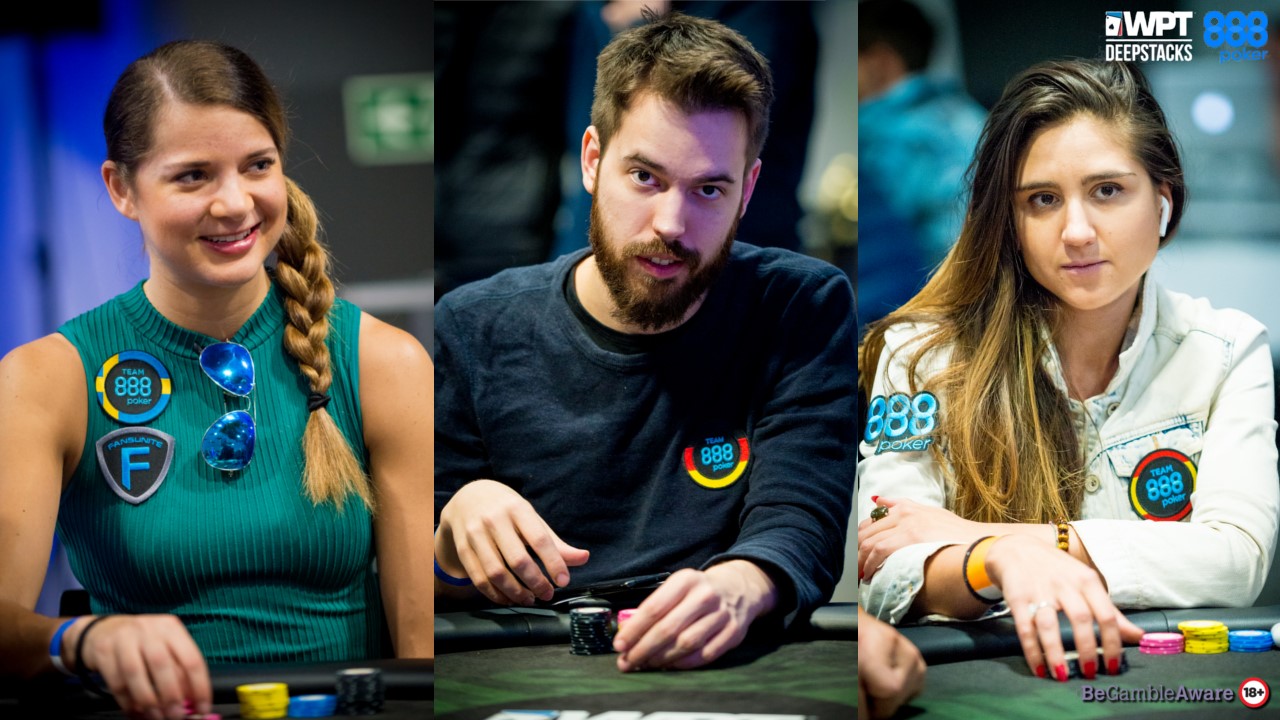 Flight 1A kicked off on 11th May. This first sitting of the €1,000 buy-in Main Event attracted 85. Twelve levels later, 31 players bagged and tagged, hoping that Day 2 would be just as profitable.

Nitsche, who is also a WPT Champions Club member, and has over $18m in live earnings joined the action at the last opportunity at the end of level 9 but managed to turn his 30,000-starting stack into a bag worth 118,500.

The second flight of the Main Event saw a whopping 160 runners take their shot at making Day 2.

After twelve levels of poker, only 59 made it to Day 2 – including the third 888poker ambassador in the field, Ana Marquez. She joins Sofia and Dominik – bagging a respectable 55,000 in chips.

In this Day 1C Fast Chance flight, it took twelve short 20-minute levels to whittle that number down to 19 who progressed to Day 2. 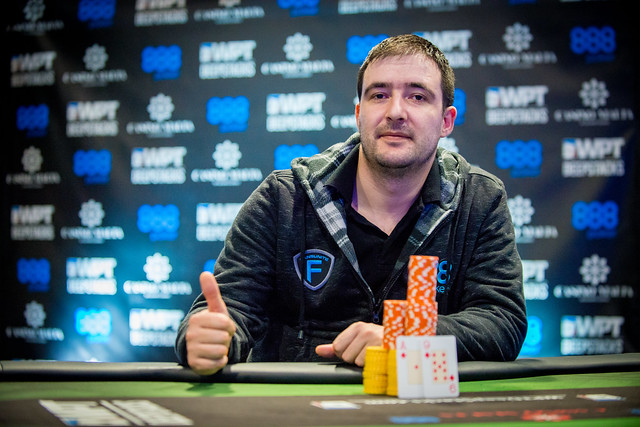 35 players were destined to make the money in this event. However, Team888’s Dominik Nitsche wasn’t among them. 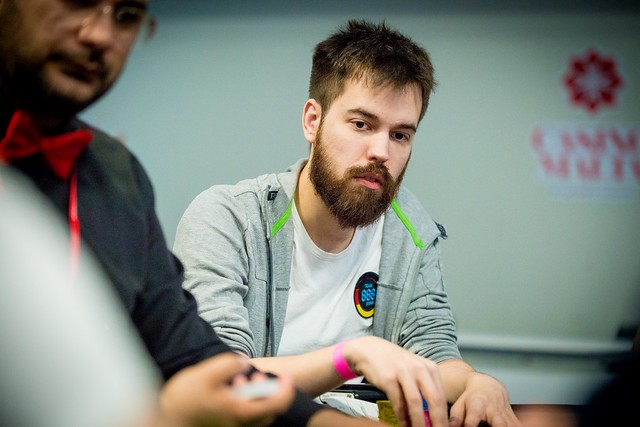 That said, although Ana Marquez didn’t make the final Day 3, she did cash in 17th place for a very respectable €2,355.

She had spent most of Day 2 struggling to keep her head above water. But, ultimately, she departed from the event leaving her teammate Sofia to carry the mantle and represent 888poker. 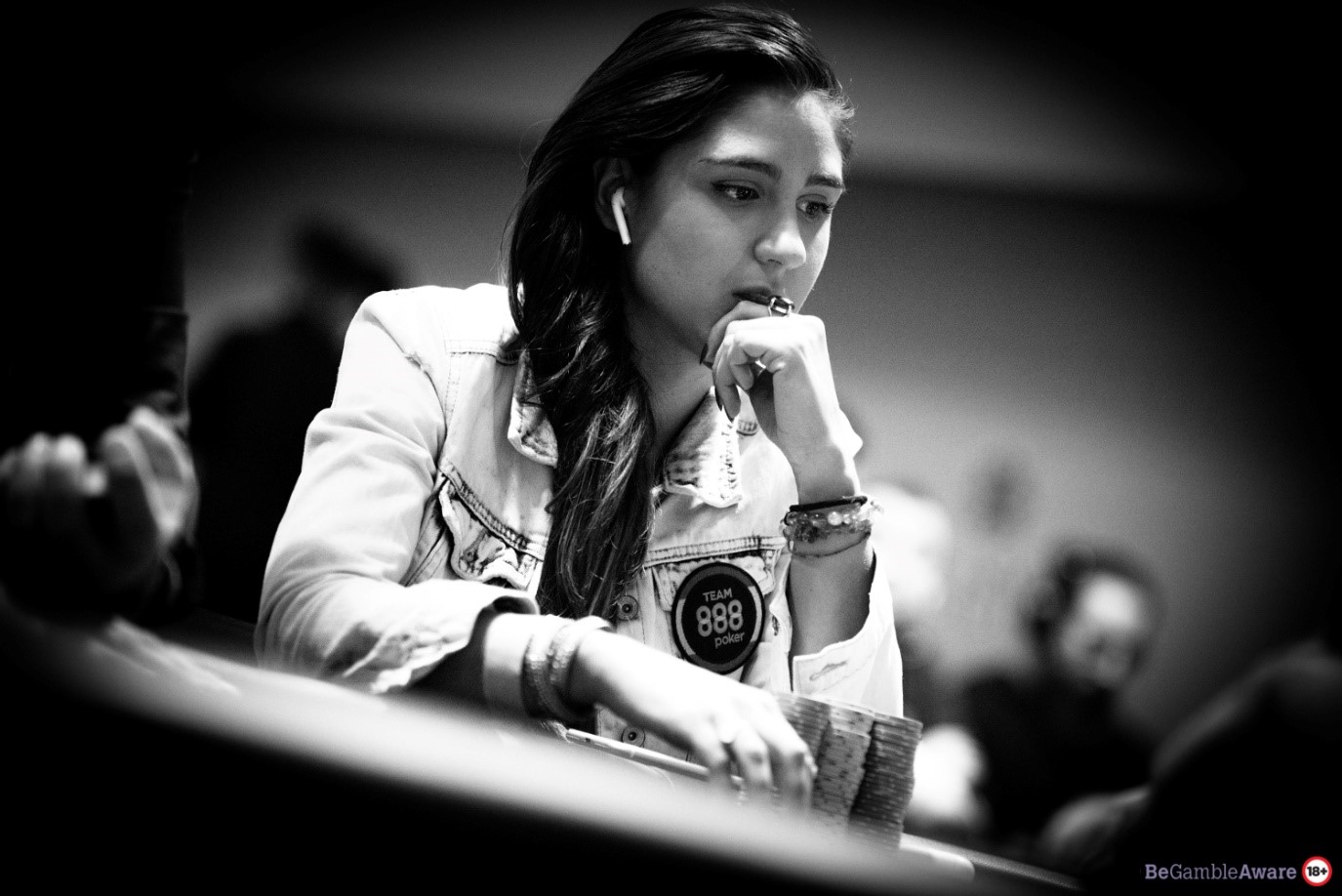 It would take ten hours of gruelling poker action before just 13 players remained in contention to take down the title, the money and the trophy.

As we headed to Day 3, a Belgian, Soner Vanelderen, led the way. 888poker ambassador finished Day 2 short-stacked and hoping to run it up with 235,000 chips in the bag. 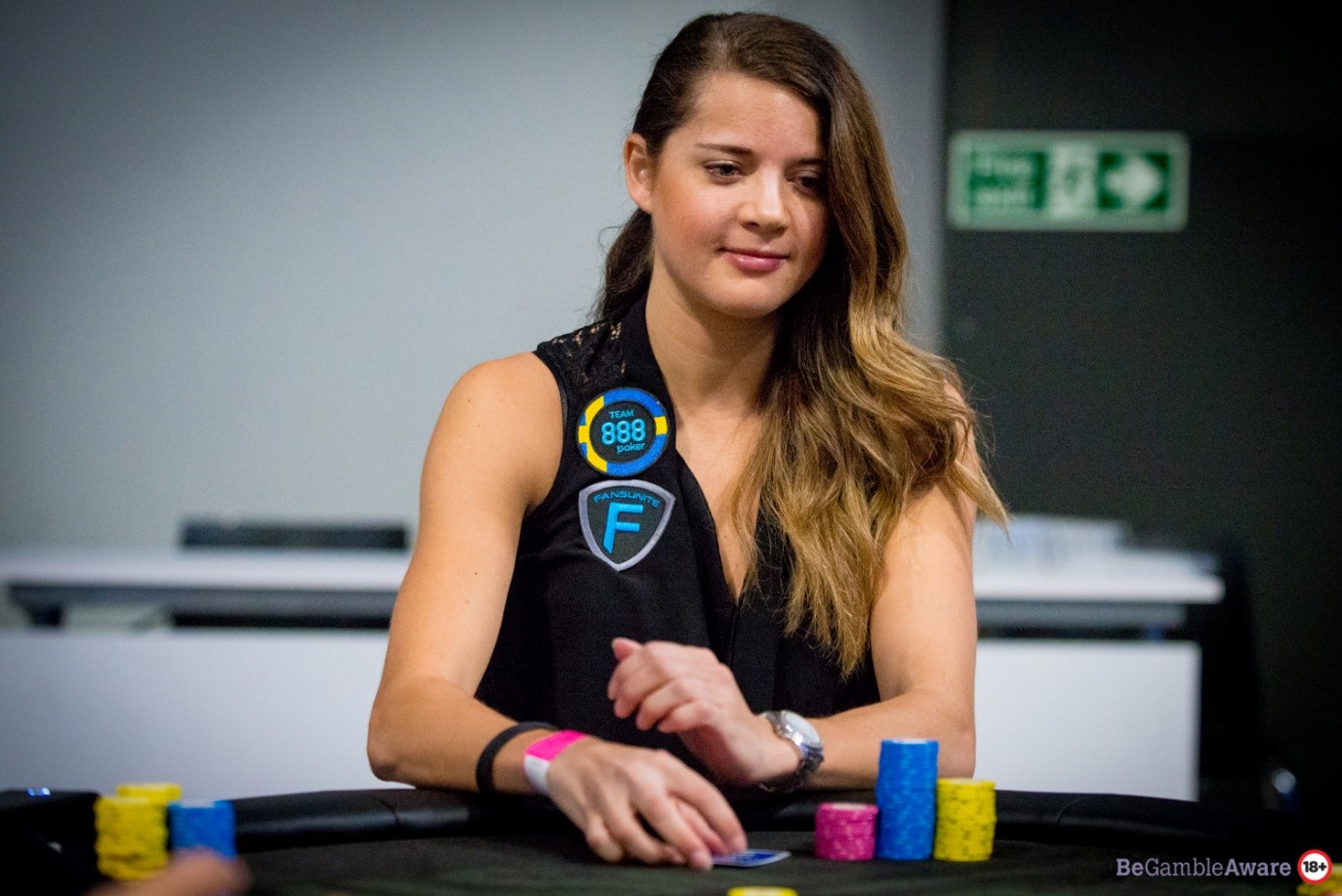 When the players returned on the final day of action in the 888poker-sponsored WPTDeepStacks Malta Main Event, they all had their sights set on the €52,000+ €2,000 EC Deauville package first-place prize.

Bas de Laat entered Day 3 in 13th place and finished in 13th place. He moved all-in with deuces and was called by Clint Sammut, holding pocket Eights. There was no joy for De Laat, and he bagged €3,405 for his efforts.

Next to feel the disappointment of coming so close was Fabio Assennato. His acey-deucy was no match for Schiano’s Q-10 suited. He consoled himself with the 12th-place payout of €4,180.

888poker ambassador, hung in there as long as she could but fell short in 11th place – taking home €4,180 for her respectable finish in a tough field of players. In 10th place, John Scanlon showed that he can roll with the big dogs, but his Q-J unsuited ran into Davey’s pocket Aces, and that was all she wrote.

Clint Sammut looked down and smiled when he saw a pocket pair - Jacks… Unfortunately, Vanelderen’s smile was bigger as he looked down and saw a slightly better pair – pocket Aces. Sammut was eliminated in 9th place for €5,205.

After clinging to life through several levels, Daragh Davey took his exit in 8th place – and walks away with a nice payday - €6,565.

As the blinds ramped up, it was time for Kai Li to take his leave. Short-stacked he moved all-in on the SB with 8-7 off-suit but ran into the brick wall of Schiano’s K-8 suited. He departed in 7th place with a decent ROI on his buy-in - €8.390.

The 6th place spot went to Soner Vanelderen. He bagged €10,865 for his efforts. And, as we entered Level 29, Cyprien Chassagne could hold on no longer. He decided to try his luck with J-10, but Pitzanti had pocket Nines which held up. Chassagne collected €14,250 for his 5th place finish.

Gabriele Re looked down, saw pocket Threes and knew this was his make-or-break hand. He was up against Schiano’s A-Q, who spiked and Q on the turn – ending Re’s dreams. He took home €18,950 for his 4th place finish.

It was a tough 3rd-place finish for Demetrio Caminita. His A-9 unsuited was up against Schiano’s A-8 suited. The runner-runner clubs put an end to his deep run. Still, he walked away with €25,460.

We were now heads-up!

However, it would take just 45 minutes to declare a winner!

Stefano Schiano decided to raise to 275,000 from the button with Kh-Jc and Sandro Pitzanti called in the big blind with 8c-7c.

The Th on the turn flips the script, and Pitzanti takes the lead with just one card to come… The 7h on the river seals the deal and Sandro Pitzanti is crowned Champion. 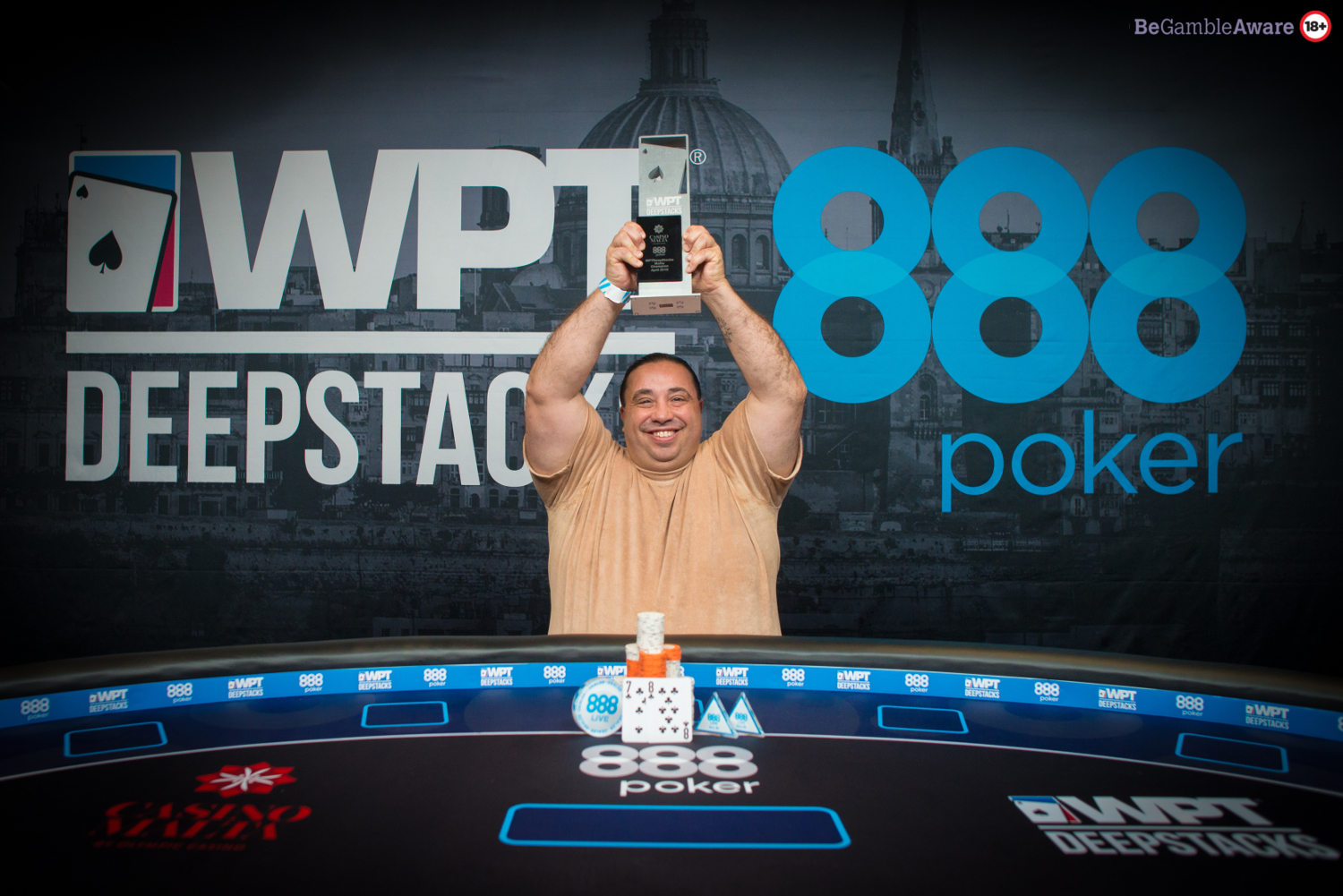