Find out how you can maximise your chances of a deep run in any tournament by improving your late-stage MTT strategy.. 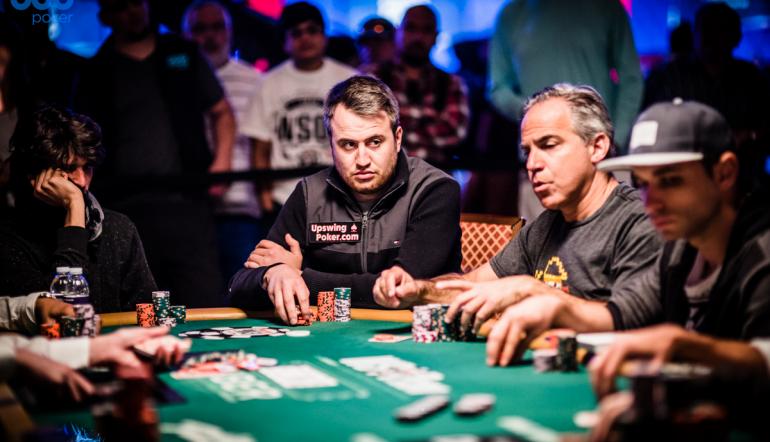 “Late stages” in MTTs refers to anything from the bursting of the bubble to the first-place finish at the final table.

So, just how can we maximise our chances of a deep run in a tournament?

Due to ICM (independent chip modelling) implications, the expectation of a particular play will vary depending on which stage of the tournament we find ourselves. The severest ICM pressure typically occurs on the bubble but is released immediately afterwards - since the next pay jumps are smaller and more frequent.

As players approach the final table, ICM pressure begins to build again as a result of the enormous pay jumps for the few top finishers. As a rough guide, the smaller the ICM pressure, the closer the tournament will play to a cash game.

Immediately after the bubble, our goal should be to build our stack as fast as possible (even if it means risking busting out).

Until the pay jumps become large again, the goal of each player at the table should be to build a large stack for the final table. There is little point in any short stack looking to play conservatively at this stage. They might have been previously doing so right before the bubble, but they should now look to re-ignite their aggression. 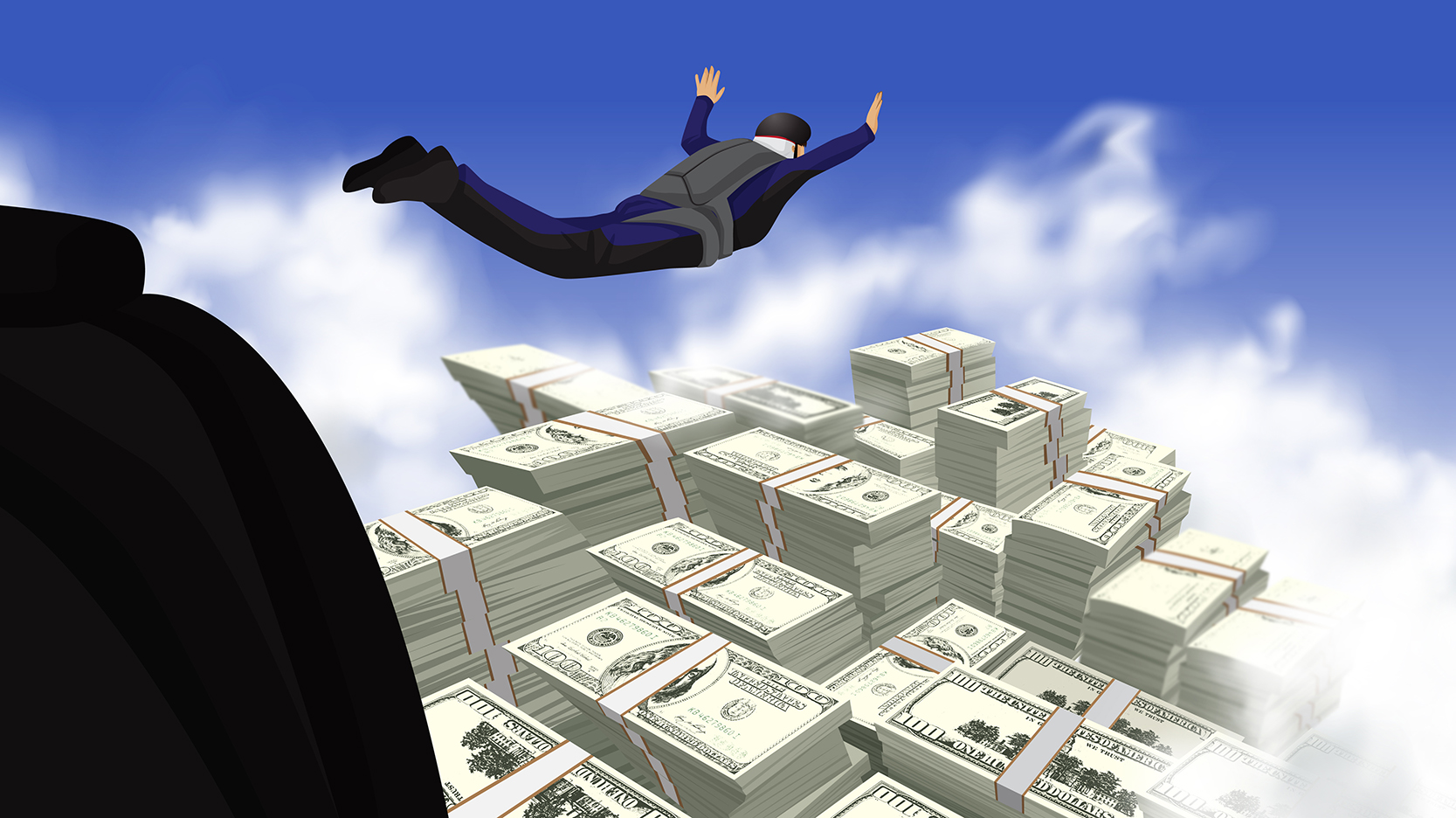 Busting out of the tournament at this stage is not a big problem since the next pay jump will usually only be a relatively small increase over the current payout. This scenario is hugely different from the bubble, where the jump between $0 and profiting is technically the largest in the tournament (infinitely wider in terms of a multiplier).

Of course, players should not take needless risks to increase the size of their stack, but there is additional pressure on short stacks since failure to act may result in blinding out. Specific commitment decisions will be correct even if the chip-EV is considered to be negative.

Any decision that can be expected to increase the size of our tournament payout reasonably, in the long run, should be taken.

The ICM pressure beings to mount again when approaching, and eventually reaching, the final table. The exact effect on this will depend on the size of the pay jumps. The larger the gaps between payouts, the greater the significance of the ICM effects experienced by the players at the final table (large jumps create mini-bubbles).

Conversely, a “winner takes all” tournament plays precisely like a cash game regardless of the stage of the tournament - meaning there is no ICM pressure.

To help illustrate the concept on a basic level (without the use of maths), imagine there are 3 players left at the final table:

Imagine for a minute that we are player 2 and are told that as part of the tournament rules, we need to take an all-in coinflip against an opponent of our choice. Of course, such a tournament ruling would never occur, but who should we hypothetically choose?

Such an answer would be completely misguided, however.

We’d always choose to take the flip against player 1. Why?

Let’s break it down, based on whether we win or lose:

We win – We have now secured a second-place finish and have a healthier chip stack to target player 3.

We lose – That’s unfortunate, but we still have 5,000 chips left and every possibility of winning the tournament.

We win – Ok, we are now a healthy chip-leader, but we haven’t even managed to secure a second-place finish yet. If we run bad, we can easily still bust out in third.

We lose – Our tournament life over, we just busted out in third. Player 1, who had a shorter stack than us to start the hand, is now guaranteed a second-place finish.

In fact, if we are player 1, we absolutely want player 2 and 3 to go head-to-head. We might secure a second-place finish without needing to take any risk. However, assuming player 2 and 3 are correctly being somewhat non-confrontational with each other, player 1 is under pressure to make a move or risk being blinded out.

Player 2 can actually play on the tighter side hoping that player 1 gets blinded out, or player 1 and 3 go head-to-head. 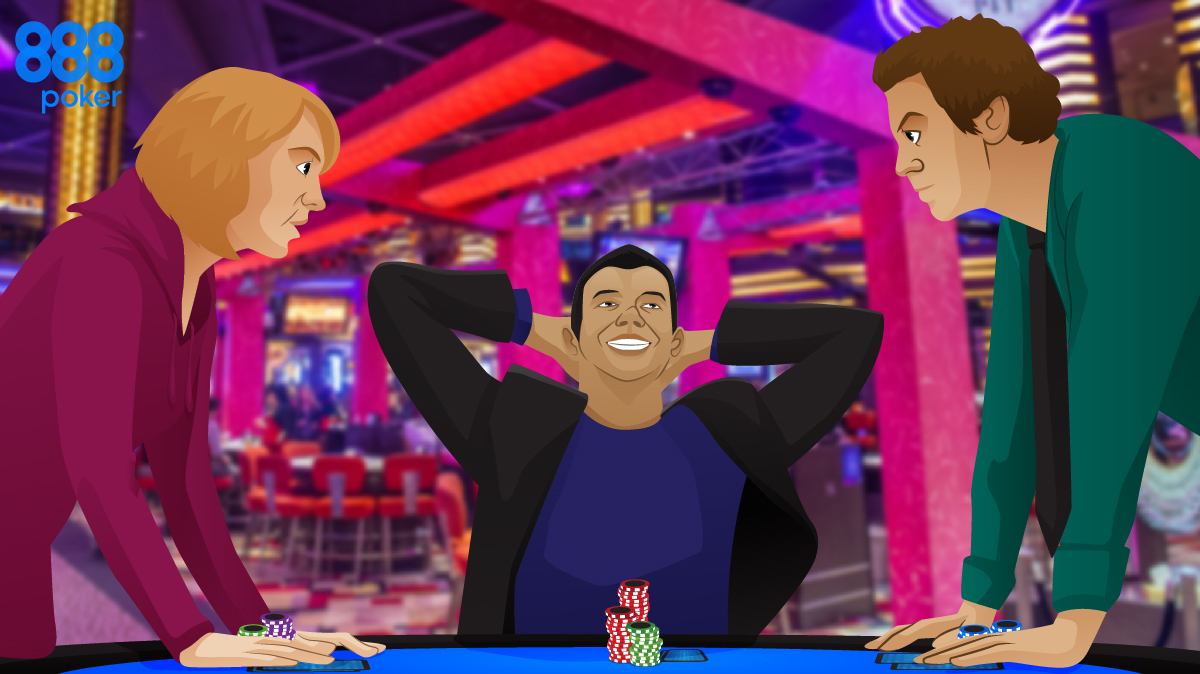 So, when good players talk about “ICM pressure” they are really referring to a few different types of pressure depending on our position at the final table.

We have looked at a model with only 3 players to provide the simplest explanation of how ICM pressure effects decisions at the final table. The model will, however, extend across all players on the final table and even affect the choices players make leading up to the final table.

Getting Good with ICM

It’s challenging to run ICM calculations by hand, so most players make use of software for this. It’s a good idea to procure an ICM calculator and experiment with different prize pools.

An understanding of how the maths works in determining the EV of different plays, based on the ICM setup, will help players learn to formulate reasonable estimates on the fly.

Push/Fold Ranges It’s common to become extremely short-stacked at some point during the late stages of a tournament. In most cases, our options will be limited to either shoving or folding when we are first to act. As such, having some type of system for understanding which poker hands to shove can be useful.

Many choose to make use of “Nash calculators” that generate equilibrium solutions for push/fold ranges.

Although the output won’t always be the strongest exploitative strategy, it can help to give a rough idea regarding how wide push/fold ranges should be in various scenarios.

It probably shouldn’t come as a surprise that a player’s mental game is likely to suffer on the final table, usually as a result of extreme nervousness. The impact of this may vary from player to player, and there isn’t a tremendous amount that can be done in the moment to deal with the issue.

However, the following should be kept in mind: