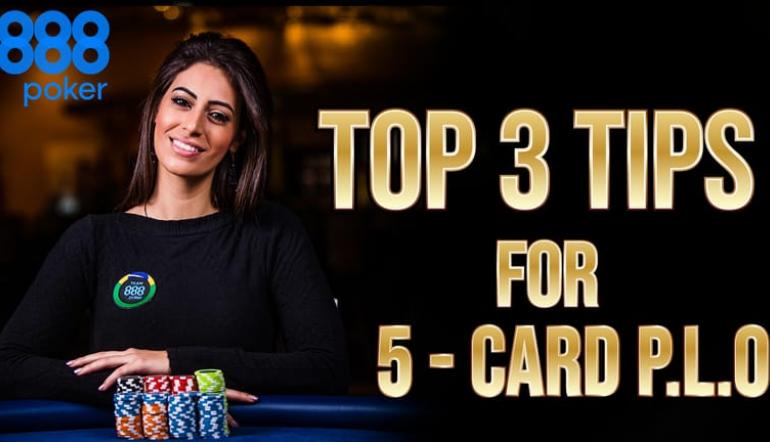 If we like lots of action at the poker tables. then we are going to love 5-Card PLO. Everything is identical to regular Pot Limit Omaha games aside from one key difference – five cards instead of four!

It might not sound like much, but it calls for a critical key strategic adjustments. Many of our opponents will be trying to take their regular 4-Card game to the tables, presenting an excellent chance for us to rake in some profits if we can make more accurate adjustments.

For our story about 5 card plo strategy.

Here are my top 3 tips when making the switch, click on one of the links below to jump to your wanted tip:

Naturally, it’s hard to get dealt five cards all with good co-ordination, so 4-card co-ordination can be strong enough in many scenarios.E.g. AhKsQhJs7c 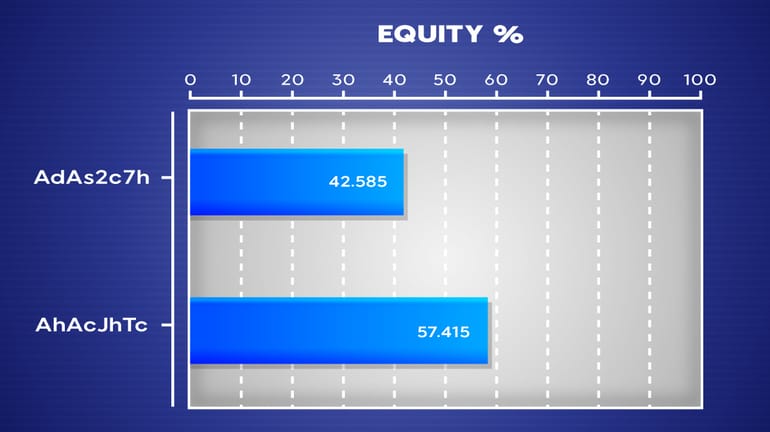 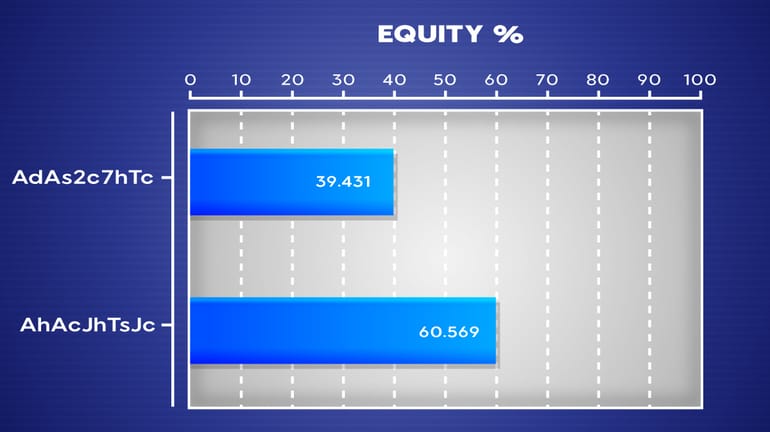 We can see that our ragged preflop AAxxx in 5-Card PLO has the potential to be an even bigger underdog against a superior AAxxx.

As a general rule for hand selection in 5-Card PLO, whichever hands we play preflop should be slightly stronger than the hands, we would pick in 4-Card PLO. 5-Card hands require either stronger co-ordination or co-ordination across a wider number of cards.

Also, since this is one of the most common mistakes players make when coming from a Hold’em background, AAxxx should always be treated with caution. It’s not always the nuts like it is in Hold’em.

The draws in 5-Card PLO are bigger and harder to read. Let’s face it; sometimes figuring out exactly which type of wrap (big straight draw) we hold is hard enough in 4-Card PLO, let alone 5-Card PLO. It is also slightly more likely we have picked up a flush-draw or backdoor flush-draw when holding the extra card.

Rainbow starting hands (all of a different suit) are now impossible in 5-Card PLO since there are only four suits in the deck. All hands will either be single-suited or double-suited, so it should be clear to see why flushes are made more frequently in this variant.

In truth, wraps are only slightly more complicated in 5-Card PLO relative to 4-Card PLO. Wraps can often only be made with four cards anyway.

For example, let’s take a typical wrap that uses all four hole cards in regular PLO.

This example is the big 20-out wrap. Any Five, Six, Seven, Ten, Jack or Queen gives us the straight.

So, what happens if we add an extra connected card in our hand?

How many outs do we have now?

We didn’t increase our outs; we just blocked our Queen out. We now have a 19-out wrap. Having said that, our draw did not necessarily get worse since some of our non-nut straight draws become nut straight draws.

Although having five cards can therefore, affect the structure of our wraps, the difference is smaller than we might imagine at first. We should still expect it to take some time to adjust, however.

Here is an example on the turn where we surpass what is possible in regular 4-Card PLO.

We have made what is known as a “double wrap” here. In other words, by using all five cards, we have two distinct wraps.

Regular PLO players will recognise these as two separate 13-out wraps, the lower one being nutted and the higher one being non-nut. Of course, this does not translate to 26 outs because both wraps share the Eight as a common out.

If we list each of the outs, we will see a total of 23 outs.

So although somewhat rare (we need extremely specific board structures) bigger wraps using all five cards are possible in 5-Card PLO.

Big hands are easier to come by in 5-Card PLO. At any given moment,it is slightly more likely that our opponent has the big hand that he is representing. Therefore, we will be looking to commit our stack tighter on average relative to 4-Card PLO.

This scenario also applies to nutted hands with bare side cards on earlier streets in 5-Card PLO. Stacking off with the “nuts” on the flop in regular PLO can sometimes be a mistake, and this situation is even more the case in 5-Card PLO.

Here is a quick example -

At first glance, it might appear that we have the stone-cold nuts, but this is not the case in 4-Card or 5-Card PLO. We have the naked nuts with bare side cards. If our opponent also has the J-high straight along with redraws, our equity could end up being quite bad here.

We will give our opponent the TdJdQh2c2h

Wow - 20% equity with the nuts! What happened there? Our opponent is freerolling against us with three different redraws.

This game is not Hold’em. It’s 5-Card PLO. The side cards should always be consulted. Remember; the nuts is not always the nuts, especially in 5-Card PLO.

It is probably not a great idea to jump straight into 5-Card PLO. Try and learn some basics playing 4-Card PLO, then make the transition afterwards.

It’s a little harder to find 5-Card PLO traffic since it’s mostly considered an “exotic” variant rather than mainstream like 4-Card PLO.

Finally, the average 5-Card player is much worse than the average 4-Card player since relatively little high-level analysis of 5-Card PLO games exists. However, a decent 5-Card PLO player who finds enough traffic should be able to score some significant profits. 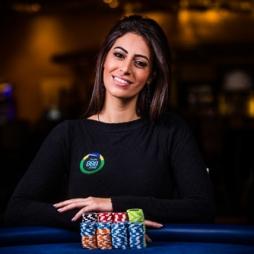 After making a name for herself in the summer of 2017, Brazil’s Vivian “Vivi” Saliba was welcomed to the 888poker team. That year, the 24-year-old became the youngest female to enter the World Series of Poker Main Event.
Related Content