Follow along as we delve a bit deeper and explore situations for when we should value bet, as opposed to checking back for pot control. 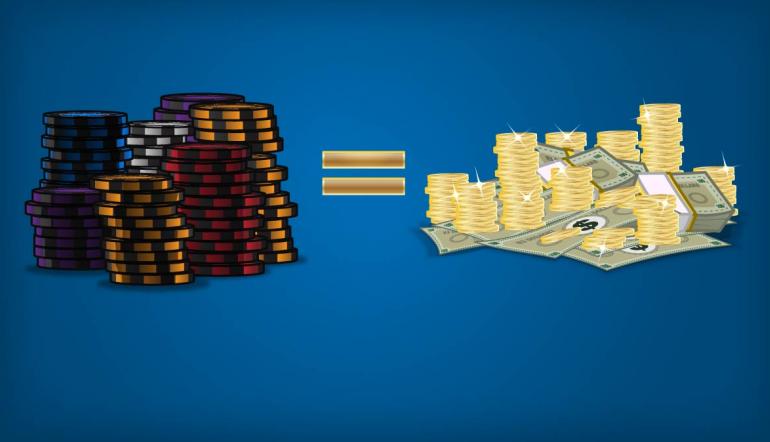 In poker, if you choose to bet, you’re usually either doing so for value (to try to get called by worse hands) or as a bluff (to try to make a better hand fold). In his book,No Limit Hold’em for Advanced Players, Matthew Janda takes it a step further and says instead of either polarising bets into “value” or “bluff” categories, he says that players should bet for two reasons:

In any case, both definitions would satisfy the more commonly accepted “value bet” – where you think you’re betting with the best hand.

In this article, we’re going to delve a bit deeper and explore situations for when we should value bet, as opposed to taking alternative lines of betting, such as checking back for pot control.

WHEN TO VALUE BET

Put simply, you should value bet if you think your opponent(s) will have enough worse hands to be able to call you. This play could either mean charging the draws that are out there (by setting a price for them to continue) or getting calls from worse made hands.

When deciding whether to value bet (especially on the river), you should only do so if you think thatwhen your opponent calls, he will have a worse hand 50% of the time or more. (Think about it: for your monetary return on that bet to be profitable over the long term, you must be winning that extra money more than 50% of the time. Otherwise, you’ll be losing that bet too frequently.)

Some players fall into “fancy play syndrome”, whereby they try to trap with their strongest hands by checking and playing passively - hoping their opponent will bet and go bonkers. While there is a time and a place for everything, as a rule of thumb, you should always look to play big pots with your big hands. (Be value betting and/or raising, if the situation calls for it). And, play for smaller pots with your small hands, (usually, marginal made hands are only good for 1 or 2 streets of value.)

There are many things to consider before choosing whether to value bet a hand.

Such considerations can include:

So, take the board texture and your opponents’ tendencies into account when deciding which of the streets you want to choose to value bet. Under this point, it must also be noted that you should always keep an awareness of the stack sizes of all your opponents who are in a hand, as this will, and should, dictate how you play each hand.

Additionally, if you’re deepstacked, there are going to be times where you’ll want to check certain hands for pot control, to avoid an opponent raising you and putting you in a tight spot. 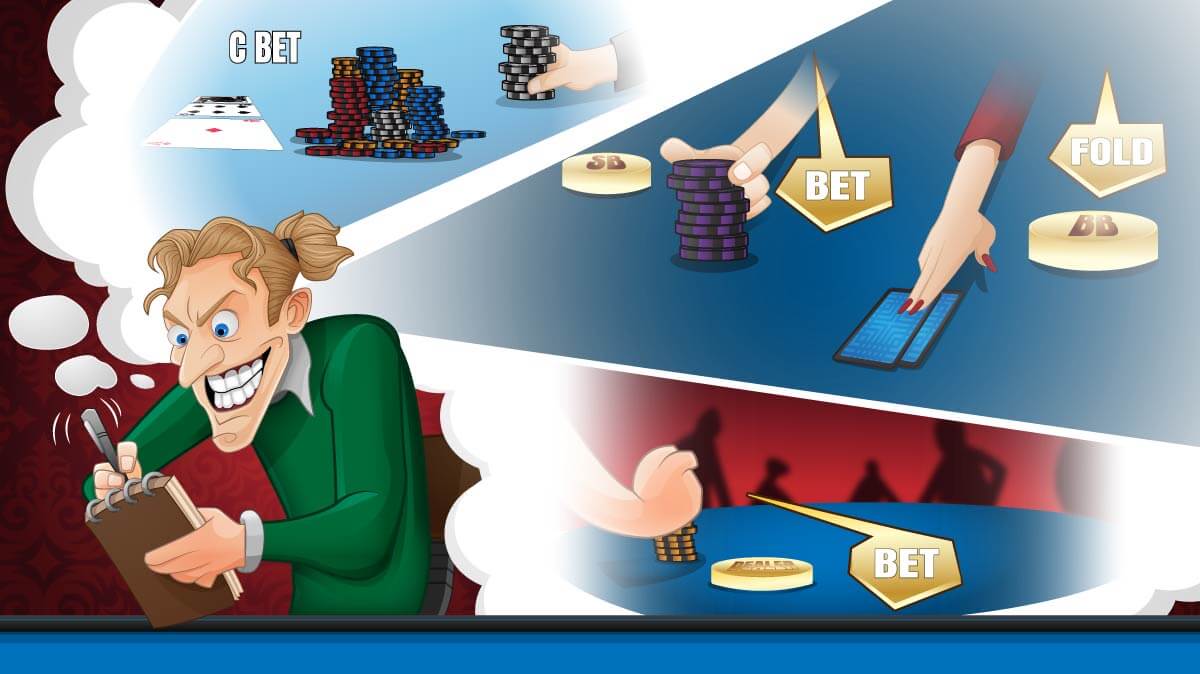 However, if you know your opponent doesn’t bluff, it’s better to just value bet and get called by his worse made hands (if it makes up 50% or more of his calling range).

Against straightforward opponents, though, you can usually value bet more confidently. In close situations, you’ll know that if they raise you, they probably have the goods.

The size that you choose for your value bet is critical. Betting too much can risk you only getting called by better hands betting too little causes you to lose out on more potential value.

Before elaborating on specific considerations, though, the difference between betting from a balanced standpoint and an exploitative standpoint much be addressed.

If you’re facing good opponents, you should aim to be more balanced in your approach. Select your bet sizings based on how you would bet with your entire range and then select an appropriate number of bluffs to bet with too, in order to not be exploitable.

Versus weaker opponents, or those who clearly have exploitable tendencies, your value bet sizings should be more catered towards their leaks, or at least specifically to gain value from the hands in their range that are worse than yours but can still call you.

It must also be noted that you shouldn’t overprotect your hand from the draws by betting insanely large amounts with an array of value hands. (In fact,protectionis only a secondary cause of bettingvalueshould be the main one.) Remember that, if you bet large, you’re only going to fold out the hands that are worse than yours. In order to gain value from worse hands (like draws), you must size your bets accordingly so that they may not get the right odds to chase, but that they can still potentially call.

The same concept goes for when you are value betting marginal made hands - hoping to get called byworsemade hands). If you bet too large, you’re only going to fold out everything worse and get called by everything better. By value betting a more appropriate amount, you can deny equity to worse hands while simultaneously gaining value from them, if they call.

Here is a list of questions you should ask yourself to determine whether you should value bet, in addition to what size of value bet you should choose:

As aforementioned, you don’t need to have the nuts to bet for value. In fact, this is something that keeps many players in the losing column during their sessions: they don’t bet thinly enough for value.

Many people are happy to check back with the best hand on the river, even when it’s likely their opponent may call another bet. They’d rather win the money in the pot right now, and not have to worry about making a tough decision if they get check-raised and put in an awkward spot.

Value bets are crucial to boosting your win rate, and when the time is right, you should be happy to put more chips into the middle. If your opponent is a calling station, value bet wide. If your opponent only calls with the best hands, then probably value betting some more medium-strength hands might be a mistake. Remember always to take your opponents’ tendencies into account when deciding what to do in a hand. Every hand is a new situation and should be treated accordingly.

Especially on bad turn or river cards (i.e. those that dramatically change the texture of the board and/or may help a villain’s range), some players still overvalue their marginal made hands (like top pair) by betting for value.

It’s always important to always consider how different turn or river cards will change the board texture (and subsequently how you’ll want to act when such cards come)beforethey happen, so that you can be adequately prepared.

In this section on “overvaluing hands”, it should also be noted that just because you have the best hand a lot of the time on the river doesn’t mean that you should value bet it, especially where you think it’ll be difficult for your opponent to call you with worse hands.

Let’s suppose you think that if you check, you’ll win 75% of the time, but if you bet and get called, you’ll only win 25% of the time. In cases like these, you should always just be happy to check the river here and win the current pot most of the time (as this action carries with it a higher expected value).

As mentioned numerous times already, when we’re betting for value, you want to be called by worse hands. Betting too big will often force these hands to fold, leaving you up against a much stronger range from your villain than you were hoping. 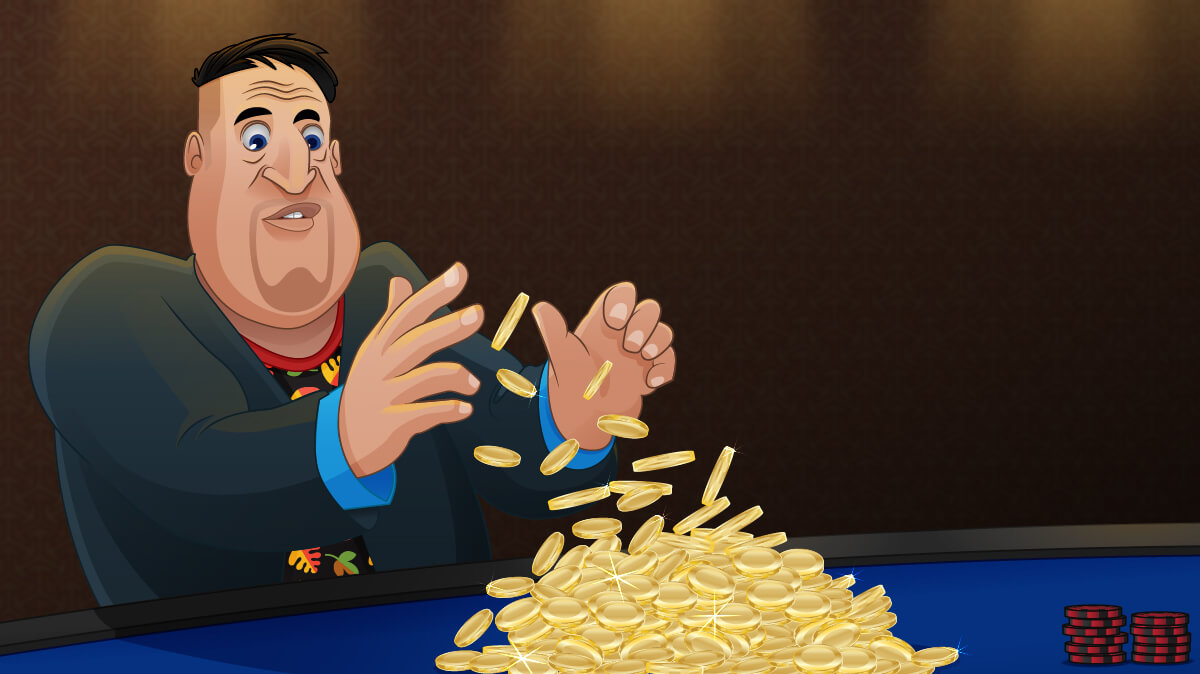 4) Double Cbetting Turns that Pair the 2ndor 3rdCard on the Board:

This concept is an advanced one. Against good players, you should be wary about cbetting the turn after the board pairs the 2ndor 3rdhighest card, if you already cbet the flop. (i.e. AJ on J636). When your opponent iscallinga flop bet (especially when in the blinds), his range is going to include many more of these 2ndand 3rdcards than yours will. A good player can exploit you here, if you double barrel frequently on these types of boards by check-raising you and putting you in extremely difficult spots, thereafter.

Often, even strong hands like top set can be bet for value on the flop because there’s always worse hands that might be able to call. Imagine 3-3 on 3-2-2 flop: cbetting small here will keep in all the overpairs and many Ace-Highs. Imagine A-K on A-K-7 with two spades. Betting here will get value from various draws and worse Aces or Kings. Remember, when youslowplay, you must give room for your opponent to catch up to a hand that will still be able to pay you off. If villain has 4-3 on the A-K-7 board, he’s probably not going to catch up to a second-best hand that would also be able to call a bet.

GENERAL GUIDELINES FOR WHEN TO VALUE BET:

GENERAL GUIDELINES FOR WHEN TO POT CONTROL/CHECK:

In poker, every board and every hand are going to be different. As a result, each decision is situation dependent and must rely on a multitude of factors to maximise one’s profits.

Value betting is one such skill that can greatly influence profit margins in poker. When value betting, always take your opponents tendencies into account and think of how you can maximise your gains.

Lastly, feel free to discuss some interesting spots you experience in certain hands with your poker buddies or on poker discussion forums. Perhaps with the assistance of the analysis of your peers, you’ll be able to find ways, in certain spots, to profit even more from value betting.