To be a successful winner in the game of poker, you need to employ the right poker tactics to maximise your EV in as many spots as possible. We teach you how! 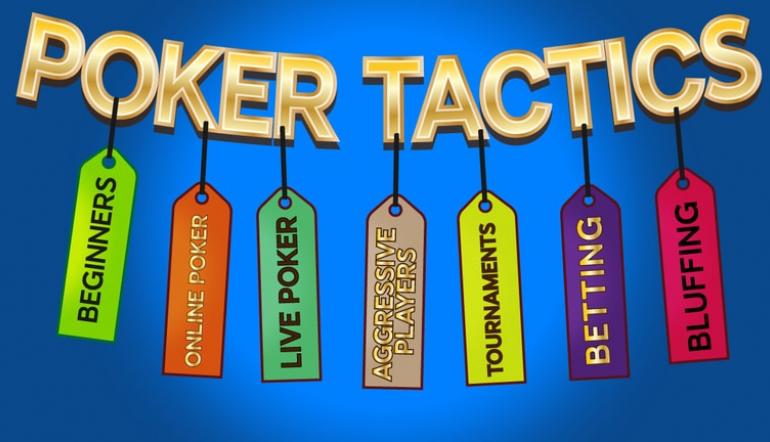 To be a successful winner in the game of poker, you can and should be employing a plethora of poker tactics into your gameplay. These tactics can not only make you a winning player but also to maximise your EV in as many spots as possible so that you can boost your profits to the maximum.

Some of the concepts in this article will very much feel like they’re poker tactics for beginners. But there will also be several other exploits and moves for you to learn, use, and be reminded of to counteract other players, even if you’re a long-time veteran of the game.

Before delving into the article’s core content, it’s important to note what makes “tough” players so challenging to play against:

They put their opponents in tight spots frequently, countering their opponent’s effectively by using a variety of different poker moves, betting lines. They use tactics to help them reap profits and make them a feared shark.

With that said, let’s now get into revealing these secret poker tactics!

There are many poker tactics that players can use to develop their poker strategies and add more profit to their bottom line. Always stay on the lookout for which tactics you can use to exploit your opponents to the maximum so that you can profit the most during all of your future poker sessions.