What is a loose-aggressive playing style should you try it? Find out if a LAG style is right for your game and how to execute it profitably. 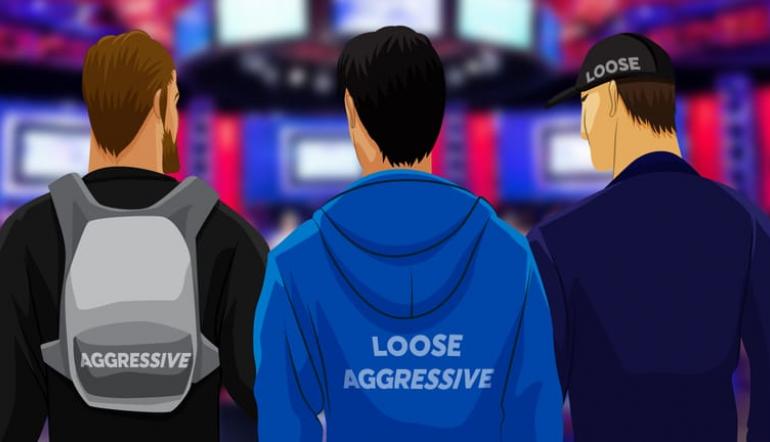 There is undoubtedly something very cool about tearing up a game of poker while bluffing lots and playing overly wide ranges. Players like Viktor Blom, Tom Dwan and Tony G have captured many an imagination with their seemingly fearless and relentless aggression.

Is it possible for the average player to capture the essence of such an approach and use it to generate consistent profits at the poker tables?

In this short guide to loose-aggressive poker,we’ll discuss the pros and cons of such an approach and discuss tips for implementing it at the tables.

We’ll also discuss how we can counter opponents using a loose-aggressive style.

What Is Loose-Aggressive Poker?

Put simply, there are two main characteristics to loose-aggressive play.

Aggression – A style characterised by lots of aggressive actions (betting and raising) but relatively fewer passive actions (checking and calling).

When playing a wide array of starting hands preflop, it’s impossible to maintain high aggression levels without mixing in a decent amount of bluffs. Loose-aggressive play is hence associated with bluffing at a high frequency.

Many of the great loose-aggressive players are also capable of using large bet sizings (i.e. overbets)which makes their aggressive strategies even harder to combat.

The acronym “LAG” is a commonly used abbreviation for loose-aggressive players. This label differentiates them from “TAG” opponents (tight-aggressive).

A good LAG will often generate a higher winrate than a decent TAG. Some of the world’s greatest players are/were LAGs.Sounds great, right? So, what’s the drawback? Playing a profitable LAG style requires significantly more skill than playing a profitable TAG style. Many winning TAGs do not currently have the skill set to become a winning LAG.

Furthermore, if our goal is to generate profit with the smallest amount of effort, it generally makes sense to play a TAG style (and on the tight side, at that).However, this approach is not especially glamourous,so many are curious to see if they can take their game to the next level by loosening up.

So why exactly does a LAG style make money despite the fact the preflop ranges are broader than game theory would suggest? 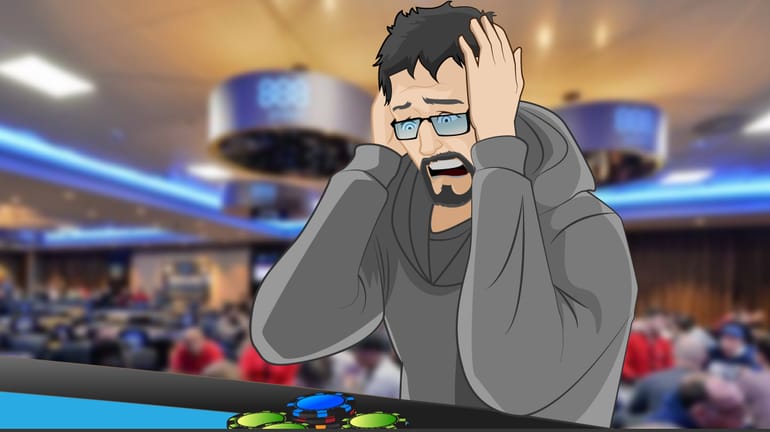 Hands which shouldn’t theoretically be profitable end up winning since LAGs are aware of their opponent’s mistakes and how to take advantage of them.

Careful observation of the players at our table is vital if we want to execute a winning LAG style.

How exactly does a LAG differ from a TAG in terms of frequencies?

It would take a long time to generate an exhaustive list, so let’s compare three data points as a sample.

Note that if VPIP gets much higher than this, it’s common to reclassify a loose player as a “maniac” although a maniac is essentially just an extreme loose-aggressive player.

6-max TAGs often play with 3bet frequencies of around 5 or 6% (slightly below the typical population average of about 7%). LAGs will typically 3bet anywhere between 8 and 12% preflop. LAGs also tend to 3bet with larger sizings relative to a standard TAG.

However, the two categories are not mutually exclusive. A LAG could be a recreational player, in which case he will bluff significantly more often than a good LAG.

How to Play Loose-Aggressive Poker

So, how do we adjust to a LAG style? We’ll make a basic assumption that we are currently playing a TAG style and looking to transition.

It’s not possible to cover all scenarios – the following situations can be used as a template for how to adjust our game.

Open Wider – LAGs open raise wider than TAGs on average. This scenario is especially the case in the three steal seats, BTN (button), CO (cutoff) and SB (small blind). Some LAGs will even go so far as to open-raise any two cards in the BTN and SB if they think their opponents are weak enough.

Defend Big Blind Wider – LAGs don’t cold-call much wider than TAGs in general, but they do typically defend their big blind wider when facing open raises. A typical TAG may have a bigblind, cold-call frequency of around 24% whereas a typical LAG may be coldcalling the big blind with a 30% frequency or above.

3bet More Aggressively –LAGs are comfortable 3betting slightly wider ranges than TAGs in pretty much every position. For example, TAGs often have a small-blind 3bet of around 7-8% while a LAG will 3bet between 9% and 12% from the same position.

Attacking auto-profit spots – An ‘auto-profit’ spot is one where the average opponent folds at an overly high frequency. LAGs know which spots are over folded and will bluff relentlessly.

Examples include (but not limited to) -

A LAG is very comfortable betting (and even barrelling) complete trash in auto-profit scenarios.

There are many other considerations similar to these that good LAGs consider when making their decisions.

Improved Opponent Awareness – As mentioned earlier, good LAGs have akeen awareness regarding their opponents’ tendencies and how to exploit them.If an opponent is folding too much to flop raises, an experienced LAG will raise flops relentlessly until his opponent adjusts. 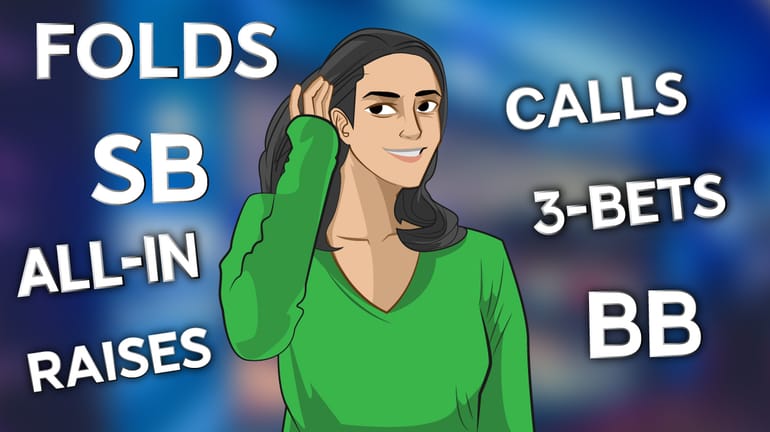 Improving Villain awareness, textural understanding, and cognition of auto-profit spots result in much higher postflop aggression levels in general. To the untrained eye, much of this aggression might seem random, but this is not the case at all. Besides, random aggression typically results in a negative winrate.

There is a lot of skill and careful planning behind the increased aggression employed by a LAG. LAGs are also competent with making use of a range of different bet-sizings (including unorthodox sizings such as under-bets and overbets).

Counter Strategies for Dealing with LAGs

Even winning LAGs are prone to counter-exploitation. It’s exceedingly rare that a LAG is good enough to win and to also counter-adjust vs exploiters.

Take a moment and reflect on the primary issue a LAG has when measured against a GTO solution.

A LAG is playing an insupportably wide range in many scenarios.

One or more of the above will always be true. It’s merely a side effect of getting out of line earlier on in the hand.

Let’s consider how we might put this into practice by reviewing  a few example spots. 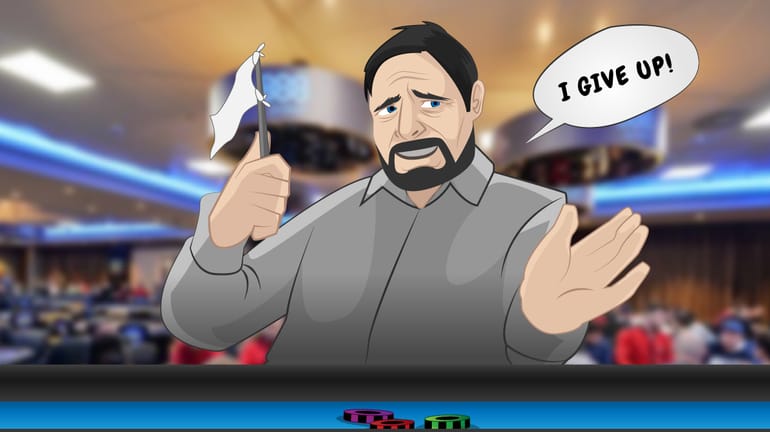 Example 1 – Villain folds too much to 3bets. If our opponent is folding above 65% of the time to a 3bet, we can begin to 3bet hyper-aggressively as a bluff. This result is especially common in late position battles such as when our LAG opponent open raising on the button or in the smallblind.

Example 2 – Villain continues an overlybroad range vs 3bets. Some LAGs (most, in fact) open wide and then try and avoid overfolding when facing a 3bet. This fact means they will continue with an overly wide range of hands vs the 3bet. We can exploit this by shutting down any of our 3bet bluffs and 3betting a pure value range. Villain’s wide range will end up having a difficult time against our stronger tighter range. If Villain tries to counter our 3bets with 4bets, he’ll run into a brick wall.

Example 3 – Villain is 3betting hyper-aggressively. The next logical question is to ask whether he is over-folding or over-defending vs 4bets. (It  has to be one of the two). We can either 4bet bluff or 4bet a strict value range accordingly.

It’s usually possible to make multiple amendments at once to maximise the size of the exploit. This strategy is sometimes referred to as the principle of two adjustments. So, not only would we adjust the composition of our 4bet range, but we might look to tighten up our opening range against aggressive 3bettors.

They will be running into the stronger hands in our range more often after 3betting wide. So, any time we spot an exploitative opportunity, the size of the exploit is maximised if we can adjust two or more parts of our game at once.

Similar principles apply for postflop play. When our opponent gets out of line with his frequencies, it translates to either calling or folding too much vs aggression.

For example, if a LAG c-bets with a 100% frequency after opening a wide range, the next logical question is, ”does Villain fold too much or call too much when facing flop raises?” 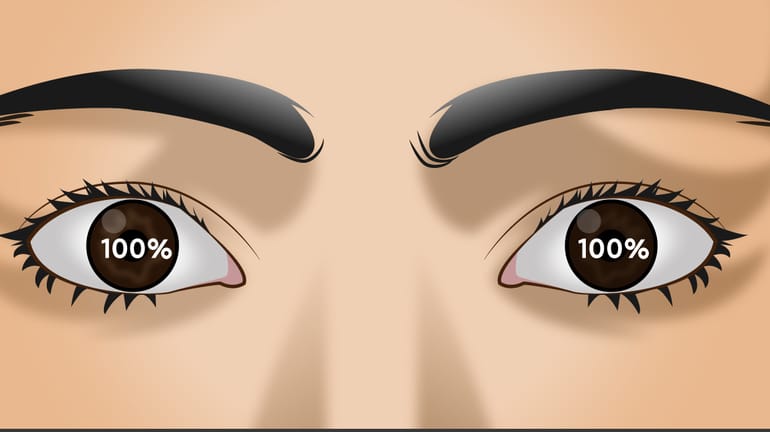 However, taking an aggressive line is not always necessary. Sometimes the best counter vs a LAG is to exploit the fact that they will not be able to continue their aggression on later streets in a balanced way.

For example, imagine a LAG who always triple barrels as a bluff but can make big laydowns when facing postflop raises. The best option is simply to call down with our strongest holdings and put our value raise in on the river if there are still enough chips remaining.

We are also interested in our opponent’s bluff:value ratio on the river and whether it is out of line relative to balanced play.

Here is a quick example:

Example– Villain Over-bluffs the River: Our opponent, who is a LAG, bets $100 into a $100 pot on the river. We know from watching him that he usually bluffs around 50% of the time in such situations. We have a bluff-catcher, should we call or fold?

Hence, just letting our LAG opponent over--bluff in a range of spots can sometimes be the most effective counter, especially if he responds well vs aggression in other areas.

Ironically, many LAGs under-bluff in a range of river spots, so this still needs to be evaluated on a case by case basis.

Should I Play Loose-Aggressive Poker?

The best players don’t tie themselves down to a specific style. They play a loose-aggressive strategy when the current table dynamic incentivises that.

However, they are just as comfortable playing tight strategies and letting their overly-loose opponents donate chips to them. It all depends on the situation.

The best conclusion here is that LAG poker should not be a lifestyle choice, but rather an extra gear we can switch to when it’s most profitable to do so.